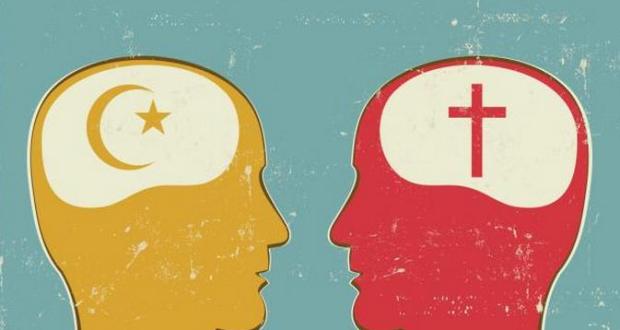 The forgotten plight of Muslims and Christians in Russian controlled Ukraine

The signing of a new ceasefire agreement in Minsk between Russia and Ukraine, supported by an impressive contingent of EU leaders, offers renewed hope for peace in eastern Ukraine. However, the long term success of avoiding renewed bloodshed is still tentative at best. At the same time, many individuals, religious groups and organisations continue to face oppression in both Crimea and the Donbas region. The Minsk deal comes after a long track record of failed agreements, negotiations and promises for peace which all eventually ended in renewed fighting. The success of Minsk could be the first step to peace, but securing religious freedom and fighting against oppression requires much more commitment and should be a major European and US  policy concern.

The conflict in Ukraine has cost the lives of an estimated 5,000  and forced almost 1 million people out of their homes according to UNHCR . In addition, many Muslim, Ukrainian Orthodox and Catholic groups continue to face pressure, persecution and oppression in both Crimea and Donbas regions. As the annexation of Crimea has become inscribed into the Russian legal framework, the restrictions and limitations faced by the local Muslim and Christian groups are becoming institutionalised. The same pattern of oppression, threats and limitation on civil liberties is now taking place in rebel-held parts of eastern Ukraine.

The need for the European Union and the United States to act with more passion and determination in order to express the limitations faced by these religious minorities is paramount. In light of the basic principles of freedom of worship that have determined the very fabric of Western liberty, the EU has a responsibility to promote, protect and support those values when in threat, especially on the European continent. Only 20 years ago, Europe had the misfortune of seeing what happens when religious persecution continues unhindered for too long as was the case in the wars of former Yugoslavia creating animosities and scars lasting a lifetime and destroying a generation.

The one-year anniversary of Russia’s annexation of the Crimean peninsula is soon approaching. In late February 2014, the Russian military entered the Crimean peninsula and by March 2014 the peninsula was annexed into the Russian Federation. As the images of the women and men raising their voices at Maidan in Kiev for regime change are slowly fading into history and the world’s attention shifts towards eastern Ukraine and Syria, it is easy to forget the continued persecution facing religious minorities in Crimea.

At the same time freedom of speech has been further hindered with the taking off the air of the pro Ukrainian oriented TV Chornomorska immediately after annexation in March 2014. Media owned by the Crimean Tatars have come under particular scrutiny. The authorities have also accused the Crimean Tatar Avdet newspaper and ATR the only Tatar broadcaster of inciting extremism.

In addition to the Crimean Tatars, other religious and ethnic minority groups are being targeted as well. Many Ukrainian Orthodox churches were forced to close since the annexation; and Father Piotr Rosochacki, a Roman Catholic priest, was forced to leave the peninsula in November 2014, with many other priests and nuns told to leave by the end of 2014. Since the annexation, all religious communities are supposed to register under new Russian laws which raised many issues. In addition, over 2014, the Ukrainian language was quickly replaced with Russian in all state institutions as well as schools, with rapid decrease of the amount of time devoted to teaching the Ukrainian and Tatar languages that are native to a considerable minority of Crimean children.

The annexation of Crimea has seen limitations imposed on organisation of rallies and other forms of free speech and religious expression. These limitations are mostly aimed at religious and ethnic minorities, but are also a threat to all Russian people with differing or opposing views to those set by Kremlin. The speed, institutional efficiency and relative lack of international media attention with which Russian authorities have managed to carry out their actions is astounding. In Western countries, there has been a limited and muted response to the worsening religious freedom situation in Crimea, which is of key cultural, geopolitical and moral importance to Europe.

The various Christian and Muslim communities of Crimea have lived in peace for decades, and the Crimean Tatar people are a native European Muslim group that has been an integral part of Ukrainian society. Actions against Crimean Tatars and Ukrainian Orthodox Church (Kyiv Patriarchate) believers can only serve to fuel discontent in these communities and lead to more resentment in the future. The Crimean Tatars have a long history of suffering under Soviet rule since their deportation by Stalin in 1944 and during their slow return to their Crimean homeland over the following decades. This inspiring story of a people reclaiming their history served as a positive example of rebuilding a multi-ethnic community. The current actions by Russian authorities threaten to destroy the links binding the different communities of Crimea together and could plant the seeds of new antagonism in the future.

As the Ukrainian crisis has moved away from Crimea into the Donbas region of eastern Ukraine (mainly the Luhansk and Donetsk Provinces), the same patterns or religious persecutions and limitations on personal freedom can be observed. The creation of rebel institutions through the formation of pro-Russian rebel-administered Donetsk and Luhansk People’s Republics provided a legislative context for carrying out policies aimed at silencing any opposition.  The Minsk agreement is a chance for peace that should not be overlooked and as such is a move in the right direction. However, any long lasting peace deal should not allow for the same cementing of policies and practices that lead to persecution and suppression of minority rights as observed in Crimea.

So far a number of incidents of religious oppression have been observed in eastern Ukraine.  Concerns have been raised by the Ukrainian Orthodox Church (Kyiv Patriarchate) of actions by the rebel forces that are hindering the activities of the Church on rebel-held areas. There have been reports of Ukrainian priests being kidnapped and tortured, as well as seizure of church property. In July 2014, the separatist forces kidnapped in Donetsk a Greek Catholic priest and a Kyiv Patriarchate priest. The priests were released after a number of weeks in captivity, with the same process repeated with a Roman Catholic priest and Protestant pastors later in the year. One Protestant pastor was beaten for alleged espionage against rebel authorities.

In an institutional context, the rebel authorities consider themselves Russian Orthodox States and promote the concept of Novorossiya in a homogeneous way that negates the region’s long and diverse history. This seems to be the beginning of the same process of institutionalised persecution of religious minorities that took place in Crimea. The European Union leaders that played an important role in the Minsk talks have to continue and push far more to secure the rights of all Ukrainian citizens to freely live and worship in any part of their country.

The historic area of what was known as Novorissiya that encompassed the entire southern half of Ukraine was ruled through its history by many different nations and was inhabited by various ethnic and religious groups, including Ukrainians, Tatars, Russians, Poles, Romanians and Jews. All of these communities contributed to the rich history of the region and created foundations for its future. The European Union and United States have a responsibility to raise their voices and actively confront the Russian Federation with respect to minority rights and freedom of expression in Crimea and Eastern Ukraine. The issue of freedoms and rights of these communities is not just a moral responsibility, but also a matter of international safety for the EU and US.  Failure to create a stable and long lasting tolerant society in occupied part of Ukraine could fuel resentment by both Muslim and Christian minority groups and risk much more regional instability over the years and decades to come.

Christians Crimea Muslims religious freedom Ukraine 2015-02-17
Guest
Previous: HSC Senior Fellow Dr Rowan Allport on the crisis in Ukraine
Next: Minsk agreement of Feb 12 and the Prospects of a Resolution in Ukraine