Home / Latest Articles / HSC press release on Paris terror attack: Freedom of expression should never be an act of bravery 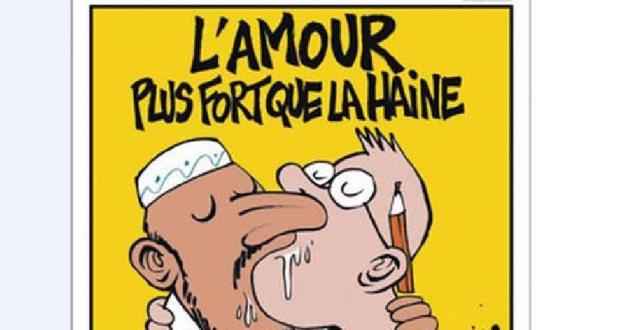 HSC press release on Paris terror attack: Freedom of expression should never be an act of bravery

Today Islamic extremists attacked the Paris offices of the French satirical magazine, Charlie Hebdo, brutally murdering twelve people and wounding many more.  This was a savage crime which has shocked and outraged communities around the world. The Human Security Centre shares these feelings of grief, condemns the attack unreservedly and stands in solidarity with the French people as well as those sharing their sorrow and devastation.

This was an inexcusable and unjustifiable attack. The publishing of cartoons, of whatever religious or political nature, is not an offence but using them as an excuse for religious fanaticism is and should not be accepted or tolerated. Charlie Hebdo utilised satire and skewering humour to make social commentary, hold people to account and to inform and entertain their readers. In the face of previous intimidation these intrepid journalists continued to ply their trade. The paper’s editor Stéphane ‘Charb’ Charbonnier said [originally in French]: “I am not afraid of retaliation… I would rather die standing than live on my knees.” Their only crime was to practice freedom of expression and for that they had to pay the ultimate price.

Let these words become our mantra. The attack on Charlie Hebdo was an attack on us all – our way of life, value systems and religions (or lack of) were violently savaged with this monstrous assault. Many may reject the idea of the West’s War on Terror, but it ought to be obvious now that we cannot ignore Terror’s War on the West. We are at a crossroads where we can challenge Islamic extremism, or we can look the other way, because today they did not come for us. We can learn from history, or repeat it: they came for the French journalists, and I did not speak out. I was not a French journalist. Then they came for me.

The HSC Executive Director, Julie Lenarz, said: “Freedom of expression should never be an act of bravery. Whoever threatens it is an enemy of all freedom-loving people. Cartoons are by nature meant to be provocative and stimulate open debate. Any healthy democratic society appreciates that. Silence, censorship and acquiescence are not the answer to the problems we face. We must stop dancing around uncomfortable truths and counter extremism in a civilised way through frank discussion. There are only two people to blame for the brutal murder of the journalists: the terrorists. There is no room for “buts”, “what ifs”, “maybes”. Surely a person of faith, regardless of which, should feel more offended by the killing of innocents than by cartoons, videos or slogans. Any attempts to justify today’s act of barbarism have to be wholeheartedly rejected and condemned.”

The Human Security Centre offers its sincere condolences to the families of those killed and injured. Our thoughts and prayers are with them this evening as is our outrage, resilience and fraternity.