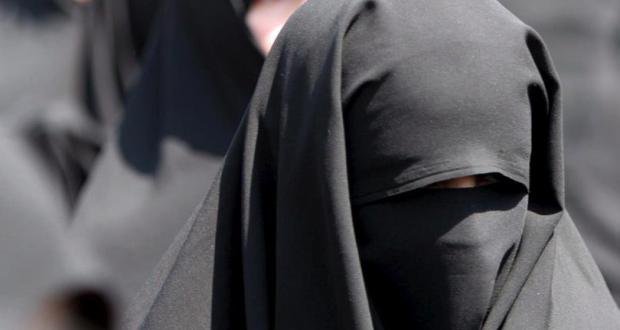 Womanhood in Iran: an ongoing struggle

One of the world’s oldest civilizations and stage to Persian culture, Iran has been an Islamic Republic since the 1979 Revolution, which overthrew the reigning Persian monarch and lodged an authoritarian theocracy in this Muslim nation.

Current focus on the country has predominantly been targeting its growing nuclear program amid international nuclear talks and negotiations with major global players, particularly after President Obama announced the deal on July 14th leaving to the US Congress to approve (or reject) the endorsed agreement until the September 17th deadline.

Yet, all the while, Iran also made news in another field, particularly for announcing the lifting of the ban on women attending sports matches typically meant for men[i]. It was a refreshing headline for the closed country, at a time when controversies over its nuclear activities and mounting arsenal caused rivers of ink to flow. However, celebratory headlines were quick to end as this law-retraction was not upheld, inescapably bringing attention to other troubling issues concerning Iran’s world standing: the lack of civil rights or liberties for women in the country.

As a Middle Eastern conservative nation, womanhood in the Islamic Republic of Iran is a constant struggle, one that the government tends to, often far too literally, cover up. Since the 1979 Revolution and Khomeini’s rise as the Republic’s first Supreme Leader, it is the official law that Iranian women follow a strict dress code in public. Ranging from a headscarf (hijab) that covers the hair, to loose-fitting clothing hiding bare arms and legs down to the ankles, Iranian women must adhere to this reserved attire across Iran’s streets and public spaces, under the penalty of being fined or even imprisoned[ii] – ‘’the morality police strictly monitor all public places, including vehicles, and take action against those who do not adhere to the morality codes. Women who appear without an Islamic hijab risk arrest and imprisonment of between 10 days and two months, or a fine of up to 500,000 rials. Approximately 30,000 women were reportedly arrested between 2003 and 2013, with many others subjected to expulsion from university or banned from entering public spaces, such as parks, cinemas, sport facilities, airports and beaches’’, read a February 2015 United Nations report on Human Rights in Iran. It relates not only to a dress code, but rather a moral code of honour and quietness in itself. Women are not supposed to, or even regarded as effectively capable of taking on prominent or influential duties in state affairs, so why bother granting such correspondingly flashy rights? Their role in the public sphere – be it in the political, economic or social realm – matches the submissiveness and domestication in the private sphere. Female citizens are by definition linked to an inferior position, therefore sparing greater autonomy is more often than none pointed out as useless.

Although Articles 20 and 21 of the 1979 Iranian Constitution[iii] assure equal respect and rights to men and women alike, social disparity is showcased in different socioeconomic fields among its population of almost 81 million. According to a 2012 estimate[iv], whereas 89.4% of men are literate, only 79.2% women are. In the labour force, despite female youth unemployment being at 33.9% (above the 23% male percentage), women are either barred from assuming several high rank public positions, such as judges and President, or are under-represented (i.e. ‘’only 73 women out of 2700 Members of Parliament in the course of nine terms of the Parliament have been elected as MPs’’[v], to quote the Iran Human Rights Documentation Center’s 2013 report on Gender Inequality and Discrimination: The Case of Iranian Women). According to the UN’s Secretary General’s February 2015 Report on the Situation of Human Rights in the Islamic Republic of Iran[vi], ‘’women only account for 16% of the labour force’’, placing Iran at number 137 out of a ranking of 142 countries. Accordingly, ‘’preference for employment opportunities would be given, in order, to men with children, men without children, then lastly to women with children’’, besides also stating the fact that ‘’men earn 4.8 times more than women’’.

Even so, it is remarkable to see how activism and mobilisation make a difference, as more and more young Iranian women pursue higher education[vii] in hopes of individual empowerment and garnering more independence. Iranian university classrooms have come to be filled with eager female students, even in courses such as physics and civil or mechanical engineering, previously associated with men. Studying and working mothers are indeed a new phenomenon in Iran, though it does not yet aim at increasing career opportunities for women, but rather the healthy development of Iranian society through a better education for their sons, the future leaders of the nation.

Nonetheless, while subtle changes are felt, the conservative grassroots of the civil society remain. This results in qualified women finding it harder to meet husbands or being appalled by the idea of marriage, given certain inherent constraints under Iranian law: article 1117 of the Civil Code declares the husband must approve his wife’s incursion in the workforce[viii] and, under this same logic, a married woman must have her husband’s written consent to hold a passport and leave the country[ix]. Furthermore, the right to file for divorce is rarely granted to the wife. For many women seeking independence and looking to enjoy their limited personal freedoms, contracting marriage means a retraction that would, in certain considered ways, put a lid on their already limited opportunities. Freedom House’s 2014 conclusions regarding personal autonomy and individual rights on Iranian soil goes on to say that ‘’women do not enjoy equal rights under Sharia-based statutes governing divorce, inheritance, and child custody(…). A woman’s testimony in court is given only half the weight of a man’s and the monetary compensation awarded to a female victim’s family upon her death is half that owed to the family of a male victim’’[x].

This is, unfortunately, the norm across the Middle East. Modern and educated women, be they minors, mothers or wives, are scrutinized as inferior and coached as submissive – which is why every sign pointing towards fairer gender equality, or lack thereof, deserves to be discussed. Iranian state officials recently announced the law prohibiting women from attending sports matches attended by men was to be repealed[xi], a move widely celebrated by Women’s Rights activists and international sports federations. Although they remain unable to attend more exposed male sports (i.e. swimming and wrestling) and said new law applies to a limited number of women that would be assigned special stadium seating, such improvement wasn’t overlooked. Iranian women have invariably been barred from entering sports stadiums to watch athletic events taken part by men, from football to volleyball, constituting a form of gender-segregation in modern Iran – which ultimately has its theoretical foundation in the notion of separation of the sexes taught by Shia Islam, the official state religion. This prompted Ghoncheh Ghavami, a 25 year-old British-Iranian law graduate, to, last year[xii], lead a protest against such gender discriminatory laws preventing women from attending the ongoing volleyball match, which resulted in her arrest for actions against the Islamic Republic.

The aforementioned government decision was seen by many as the birth of a new atmosphere in stadiums that would hopefully soon overflow into the streets and societal life, currently under President Hassan Rouhani’s leadership, who has been renowned for the promotion of personal freedoms and improvement of women’s rights. Nevertheless, despite the worldwide praises towards Rouhani’s ban-lifting, Human Rights experts[xiii] and the general media were quick to note Tehran appeared to be withdrawing from their earlier ease on restrictions. The disappointing factual outcome came on the volleyball match between the Iranian and American national teams on June 19th, the first sports match that could test the upholding of the aforementioned decision, in which the absence of female spectators was noted. Ticket sales were restricted to men and approaching women were barred from the stadium, being talked down as unworthy ‘’prostitutes’’ by the same conservative groups who had objected to the original ban-lifting in the first place.

All in all, there is undoubtedly much more to write about on current times in Iran besides the (in)famous nuclear talks and deal.  There is, as always, still hope. Experts see the modern Iranian women now taking over the university ranks as capable of slowly but surely bringing about socio-political change. As voices are raised and awareness of gender discrimination grows, the importance of women’s vote rises and refuses to be ignored. Iran is just one of the many countries that find their female population struggling for rights and opportunities women from other parts of the globe have conquered decades even centuries ago on the most trivial matters of life.

[i] NYTIMES, ‘Iran Will Allow Women in Sports Stadiums Reversing a Much Criticized Rule, 4 April 2015 , online via: http://www.nytimes.com/2015/04/05/world/middleeast/iran-will-allow-women-in-sports-stadiums-reversing-a-much-criticized-rule.html?partner=rss&emc=rss&smid%3D=tw-nytsports&_r=1

[ii] Immigration and Refugee Board of Canada, ‘Iran: the enforcement of dress codes’, onlinve via: http://www.justice.gov/sites/default/files/eoir/legacy/2013/11/07/IRN103920.E.pdf

[iii] Constitution of the Islamic Republic of Iran, http://www.alaviandassociates.com/documents/constitution.pdf , pg.12-13

[vi] UN, ‘UN Secretary General’s February 2015 Report on the Situation of Human Rights in the Islamic Republic of Iran, online via: http://www.iranhrdc.org/english/human-rights-documents/united-nations-reports/un-reports/1000000570-un-secretary-general%E2%80%99s-february-2015-report-on-the-situation-of-human-rights-in-the-islamic-republic-of-iran.html , article 23

[viii] UN, ‘UN Secretary General’s February 2015 Report on the Situation of Human Rights in the Islamic Republic of Iran, online via:  http://www.iranhrdc.org/english/human-rights-documents/united-nations-reports/un-reports/1000000570-un-secretary-general%E2%80%99s-february-2015-report-on-the-situation-of-human-rights-in-the-islamic-republic-of-iran.html, article 24

human rights Iran women 2015-09-01
Barbara Matias
Previous: When EU companies work with Iran, they run the risk of providing the tools for oppression
Next: Russian-Chinese cooperation: smokescreen or long-term reality?

Bárbara Matias is a Research Assistant in the Human Rights and Conflict Resolution research division. Her research interests include the enforcement of human rights, gender issues in the developing world, transatlantic relations and the Middle East.