Home / Iraq and Syria / After the fall: Restoring Security to Iraq 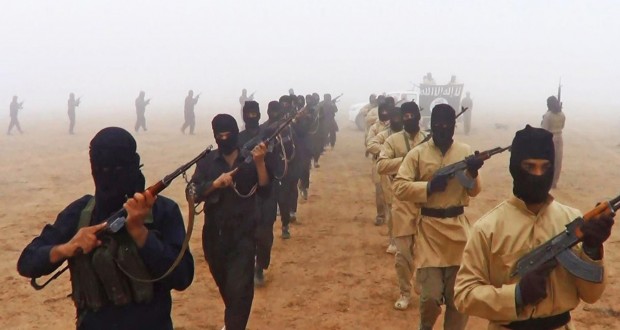 The initial step in assessing the potential military response to recent events in Iraq is to seek to understand how the security situation in the country degenerated so quickly. The most obvious and urgent question that needs to be answered is how as few as 800 ISIS militants (out of a total of around 6,000 in Iraq), were able to overrun a garrison of around 25,000 Iraqi troops. Whilst multiple responses to this question have been offered, they have primarily centred upon sectarianism and political divisions. However, whilst observers are correct in highlighting these difficulties as fundamental to the causes of Iraq’s problems, the immediate security aspects of the current crisis are less monolithic. With this in mind, two factors above all others appear to explain the sudden collapse of the Baghdad government’s military position in the north of the country.

Firstly, it is already clear that the inability to predict the ISIS offensive (aided by Baathists of the former regime of Saddam Hussein) into Mosul and the surrounding area represents a massive intelligence failure on behalf of the US. The withdrawal of US forces from Iraq in December 2011 – at the behest of the Maliki government – made it impossible for the US to maintain the scale of intelligence footprint in Iraq that would have allowed it to identify the magnitude of the threat ISIS posed in time for it to make a difference. Just days prior to the Mosul offensive, a joint US-Iraq operation recovered a collection of flash drives from an ISIS courier that gave intimate details with regards to the history, finances and leadership of the organisation. However, by this point, it was far too late to act on the information.

The second major issue is what happened to the military leadership of Iraqi forces in and around Mosul. At the senior level, whilst much has been made of the ability of Iraqi Army commanders to alienate the local Sunni population with their indifferent attitude to civilian casualties, that in itself does not explain the sudden collapse of the city’s military. Although it will be months or even years before the exact events surrounding the fall of Mosul are known, it is probable that key individuals in the Iraqi local command structure were intimidated or bribed into actions that allowed ISIS to openly enter the city without encountering organised Iraqi security force opposition. Long before their June 2014 assault on Mosul, ISIS had established a formidable covert presence there that would have allowed them to reach almost anyone they wished. The answer to what happened to the lower ranking component of the Iraqi Army leadership is rather less uncertain: it never really existed in the first place. For a host of cultural and historical reasons, Arab armies have a horrific track record of training the type of junior officers and NCOs who act as the leaders that hold the smaller formations of an army together in a crisis. Despite the best efforts of the occupying coalition, the departure of US forces essentially crippled attempts to counter this historic weakness. When combined with efforts by current Iraqi prime minister, Nuri al-Maliki, to politicise the Iraqi military to secure his own position, these issues left the armed forces in no state to counter a major threat.

So what measures are available to counter the inroads ISIS has made? The two issues I have outlined above will ultimately require a new – though not necessarily large-scale – long-term commitment by the US to Iraq. However, the immediate challenge is to blunt the momentum of ISIS, and then begin to reverse the advances it has made.

Whilst the exact form the US military response will take is still emerging, the deployments of personnel and equipment that have already been announced tell us a great deal about what is ultimately being planned. It goes without saying that this is not a repeat of the build-ups seen prior to the 1991 and 2003 wars with Iraq; nor is it even on the same scale as those that were observed during the various periods of tension between the two conflicts. No additional naval vessels have been sent to the region: the US has simply moved the carrier group and amphibious landing ships that it always has in the region to an area where it can support operations in Iraq more easily.  There have also, as far as is known, been no orders for additional land-based manned aircraft or drones to be sent to bases in the Middle East and/or Turkey. Indeed, the most major new commitments so far have been the deployment of additional troops to protect the US embassy in Baghdad, and ‘up to 300’ military advisors to assist Iraqi forces. The reason for the limited scale of US operations is clear: ground force deployments are politically not an option, and ISIS is not the type of enemy that is vulnerable to the sort of overwhelming aerial firepower that is a US speciality.

The initial task of the elements of the US military deploying to Iraq will be to support local forces in gathering intelligence, identifying targets for air strikes and planning a counteroffensive. Already, it is reported that carrier-based F/A-18s are flying reconnaissance missions over ISIS-held Iraqi territory. Given the US neglect of Iraq over the last two-and-a-half years, it will probably take some time to create an accurate picture of exactly what is happening on the ground. Ironically, this may prove advantageous: there are already reports of infighting between ISIS and the Sunni militia allied to them that will only weaken the forces arrayed against the Iraqi government, and the day-to-day reality of living under an ultra-extreme interpretation of Sharia law is likely to quickly begin to undermine ISIS support amongst local civilians. It will also take time to prepare the remaining Iraqi Army formations for operations, and shake up its leadership to ensure competent commanders are in the driving seat.

Once preparation is complete, the opening phase of US/Iraqi operations against ISIS would likely see an initial wave of US strikes against pre-identified targets, followed by an Iraqi army offensive with limited close air support from US aircraft. However, it is unlikely that the US would be willing to countenance any involvement in operations against anyone other than ISIS for fear of being dragged into a sectarian war. Should tribal Sunni militias choose to fight alongside ISIS, the Iraqi military would probably find itself on its own. This is the primary reason that even in the short term, some degree of political reconciliation in Baghdad is vital.

A more difficult question for the Obama administration is the issue of ISIS in Syria: the effectiveness of operations against ISIS in Iraq would be greatly enhanced if their bases inside Syria were also hit.  However, there are political difficulties that would accompany such a course of action. In addition, given that Syria retains an active air defence system, concerns over casualties rule out strikes by manned aircraft, and drones would also prove vulnerable. Instead, any operation against targets in Syria is likely to be limited to a small number of Tomahawk cruise missile strikes launched from surface ships and submarines in the Persian Gulf and eastern Mediterranean. Whilst not an ideal solution, such attacks would at least prevent Syria from becoming a zone of total immunity for ISIS fighters.

It is of course true to say that the US and the government in Baghdad are not alone in their potential to exert military influence in Iraq. However, they are likely to be the only actors that will play a major role in solving the current crisis. The Kurdish Peshmerga scored a significant victory when they captured Kirkuk after the Iraqi Army abandoned the city in the face of advancing ISIS fighters. But the declaration that Kurdish forces would not take part in any operation to recapture Mosul signals that, at least in the short term, they will only embark upon defensive operations against ISIS. In Baghdad and southern Iraq, the various Shia militia may put on a good show, but with the exception of the Iranian-trained and equipped ‘elite’ units such as the Badr Brigade, their primary value lies in defending Shia areas from ISIS incursions, not in offensive operations. In addition, their potential for sectarian violence would likely invite disaster were they to be included in any counter-offensive. Finally, for all the talk of an Iranian role in countering ISIS, the political and religious leadership in Tehran knows that the deployment of a force large enough to make a genuine difference on the ground would open a Pandora’s Box that could mark the beginning of a far wider war. As a result, they will probably seek to limit their direct involvement in the current round of fighting.

The scale of the task facing the Iraqi security forces and the US in Iraq is huge. Not only do they face having to undo the recent ISIS advances into Mosul, Tikrit and the surrounding area, they also need to recapture Fallujah, which fell to ISIS in January, as well as secure the borders with Syria and Jordan. However, at the same time, ISIS itself is limited in numbers, subscribes to an ideology which appeals to few, and lacks heavy weapons. Whilst the political aspects of a solution to the issues of Iraq – the most immediate of which is the need to remove al-Maliki from power by whatever means necessary – are outside the scope of this article, victory over ISIS will only be assured by prising support from the Iraqi Sunni community away from it.

Looking to the longer view, by far the most important lesson of recent events is that whilst the combat phase of any intervention operation can (and for political reasons, must) be limited, the requirement for a residual presence to provide training, intelligence, and monitoring must be seen as being an almost inevitable indefinite commitment. This is not a lesson that should have needed to be learned: there are still a small number of allied troops in Bosnia and Kosovo, left behind to secure the legacy of forces that once numbered in the tens of thousands. In Iraq, this should mean, at the very least, that the deployment of advisory teams is not time-limited: even if the current crisis is resolved, the local security forces will need assistance for many years. Ideally, a substantial US (and UK) training force should also be deployed to help the Iraqi military overcome its systemic weaknesses. With this in mind, the recent announcement of a total withdrawal of US forces from Afghanistan at the end of 2016, a decision made by President Obama to cement his legacy as a man who, in his own words, “was elected to end wars”, is now in dire need of a rethink.

Dr Rowan Allport is contactable at:

Iraq isis 2014-06-26
Rowan Allport
Previous: Misplaced Caution in the Central African Republic
Next: The rise of ISIS in Jordan: A Threat to Israel

Dr Rowan Allport is a Senior Fellow who leads the HSC's Security and Defence team. Rowan holds a PhD in Political Science and an MA in Conflict, Governance and Development from the University of York, as well as a BA (Hons) in Politics, Philosophy and Economics from the University of Hull. Specialising in strategic analysis and international security, Rowan's primary areas of interest lie in the defence issues in and around the NATO region, interstate conflict and US foreign policy discourse. He is also the lead author of HSC's recent ‘Fire and Ice: A New Maritime Strategy for NATO’s Northern Flank’ report. Rowan's publication credits include articles and commentary in The Diplomat, The Hill, DefenseOne, RealClearDefense, The Strategist, UK Defence Journal, Politics.co.uk and The National Interest.