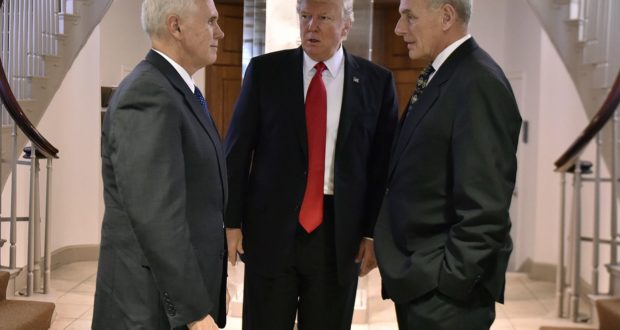 Trump and The Madman Theory – HSC Director writes in The Telegraph

Julie Lenarz, Director of the Human Security Centre (HSC), writes in the Daily Telegraph on Trump’s foreign policy and how it relates to Nixon’s Madman Theory.

In 1517, Niccolò Machiavelli argued that sometimes it is “a very wise thing to simulate madness” – the emphasis being on the simulation of the act. And it is exactly what sets Trump apart from Nixon. For his predecessor, the “Madman Theory” was a calculated and strategic tool to maximise America’s interests in the international arena. In Trump’s case, however, it is less an act of carefully crafted deception than a genuine demonstration of his irrational and explosive temper. Trump is the madman not in theory but in practice.

In the current geopolitical climate, it is a dangerous gamble that could potentially make the world a more dangerous place. While Nixon’s era was defined by a bi-polar world in which America and the Soviet Union contained each other’s ambition through the doctrine of mutually assured destruction, Trump oversees a complex international landscape characterised by asymmetric warfare and terrorism spearheaded by groups not deterred by the option of having to sacrifice their own lives for their cause.