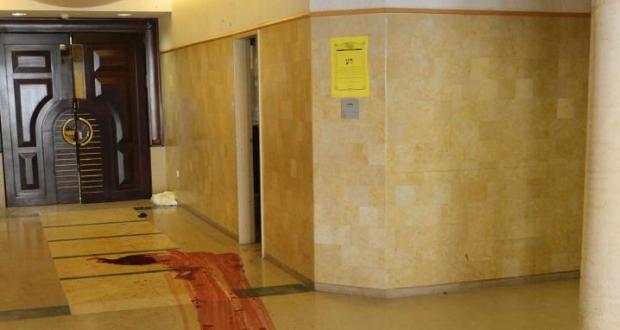 Julie Lenarz, the Executive Director of the Human Security Centre, reacts to yesterday’s terrorist attack on a synagogue in Jerusalem.

What happened in Jerusalem yesterday was a crime of unspeakable cruelty and barbarous depravity. It was not just a normal terrorist attack; it was a massacre. The horrific images – Jews lying in their own blood, hacked to death in a place of worship – evoked dark memories of the not-so-distant past. It was the deadliest terrorist attack on Israelis in three years and the worst in Jerusalem since 2008.

The situation did not escalate overnight. We must look at two different set of problems. Firstly, the underlying and long-term issues that have always been present in the bloody conflict between Israel and Palestine. Especially the total collapse of peace talks have created a climate of deep frustration, anger and desperation on both sides – an environment in which violence thrives. Secondly, more recent disputes have pushed the fragile peace in Jerusalem to the breaking point. The attack on activist Rabbi Yehudah Glick in October triggered a wave of violence. Israeli police and Palestinian activists now clash on an almost daily basis and Israeli civilians have lost their lives in a series of low-tech terrorist attacks. Some were knifed down; others driven over by cars, including a 3-month old baby.

As it currently stands, Muslims are free to pray on the Temple Mount, however, Jews and Christians may only visit the site under restrictions. Since the attack on Glick, Prime Minister Netanyahu has repeatedly said there are no plans to make changes in the status quo on the Temple Mount. Last Thursday, he met Secretary of State John Kerry and King Abdullah of Jordan, the custodian of the Al-Aqsa mosque, and reassured them that the policy of the government of Israel continues to be the maintenance of the status quo at the Temple Mount.

The Palestinian leadership meanwhile – not only Hamas and Islamic Jihad but the Palestinian Authority – has resorted to what can only be described as extremely inflammatory rhetoric. Less than 24 hours after Netanyahu’s visit to Amman, the Palestinian leadership called for a “day of rage” and “holy war”. To use such language in an already febrile and volatile environment and knowing full well that you are preaching to an audience that does not only take such words seriously but literally is irresponsible and reckless. The entire Palestinian leadership is complicit in the synagogue attack. Yesterday, loudspeakers at mosques in Gaza called out congratulations, candies were handed out in celebration and on PA television the terrorists were hailed as “martyrs”. Such culture of death has no place in the modern world.

A third Intifada has not arrived yet, but the situation is likely to escalate further. In a worst case scenario, the conflict between Israelis and Palestinians will turn into a religious war – Judaism versus Islam – and initiate a period of unprecedented violence. A religious war cannot be contained. It must be avoided at all costs.