Home / HSC in the Media / HSC Directors quoted in Evening Standard: Campaigners march through London to protest against ISIS 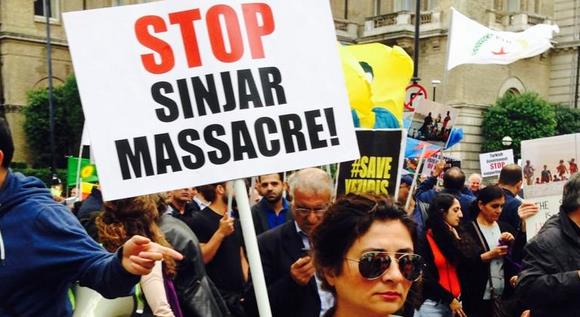 Campaigners have marched through the streets of London to protest against recent attacks on Iraqis and Syrians by ISIS militants.

Hundreds of people gathered outside BBC Broadcasting House before marching through Oxford Street towards the US Embassy.

Demonstrators, led by the Kurdish People’s Assembly UK, called on the UK government to boost its support for people suffering in the conflict, particularly members of the Shia, Sufi, Christian and Yezidi communities.

They also want Britain to put diplomatic pressure on countries including Turkey and Qatar, who they argue have been supporting jihadism in the region.

She said: “Unopposed, mass atrocity crimes – ranging from crimes against humanity and ethnic cleansing to forthright genocide – will continue to be committed by ISIS.

“The Iraqi government has proven unable to fulfil its responsibility to protect and the West’s response has been incoherent and fragmented at best. A limited aid and surveillance mission is not an adequate response to the crime of all crimes.” 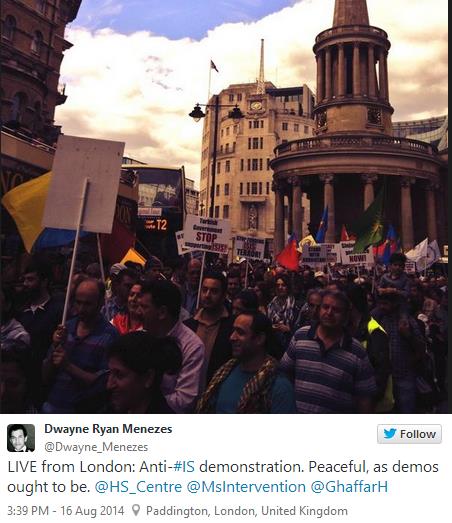