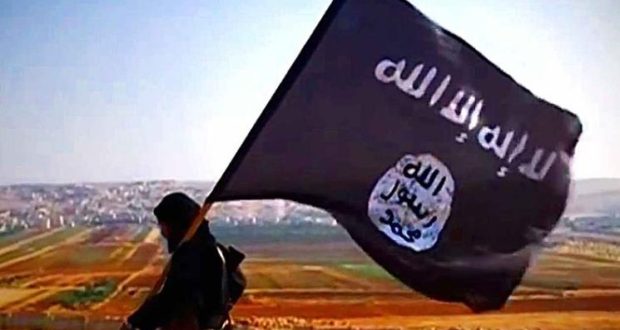 Blaming foreign policy for terrorism is wrong and irresponsible

Thousands of Hazaras had gathered at the centre of the city of Quetta to commemorate the death of Hussain ibn Ali, the grandson of Prophet Mohammad. A friend nudged me to leave the area in search of food and water. Within five minutes of us leaving we heard a huge bang. A suicide bomber had struck the crowd, killing 42 and wounding more than a 100.

I don’t exactly recall the immediate moments after the attack, but I remember the blood, chaos and confusion. I remember women begging my friend and me to go and look for their sons among the dead and the wounded, while our families had been searching for us. That night, the mutilated bodies of four victims were delivered to a family in the street we lived. After another attack on the Hazara community in Quetta, my father-in-law had to search for his son among the dead.

Tragically, I have experienced many more incidents like the above since. Last year in Kabul, an ISIS-claimed attack killed and wounded many of my friends. And again, earlier this week, I went through the same sickening feelings and emotions again, after a powerful bomb killed and wounded over 500 innocent people – two of my friends found their relatives among the dead and a BBC Persian journalist friend was wounded.

My experiences are not unique. They are experienced by thousands of people who fall victim to Islamic terrorism daily. I know too well how the families of the victims of the barbaric attacks in Manchester and London feel. Their pain will be permanent. They will need our collective support and sympathy for difficult years to come. It is impossible to put in words how they must be feeling right now. The numbness and the unimaginable pain of the loss of their innocent loved ones will hurt them for the rest of their lives. The hurt for people in Manchester, London and Kabul will be the same, but sadly, for the latter, the dread, fear and anxiety of next attacks continue.

Islamic terror networks are active in the Middle East, Central and South Asia, Africa and elsewhere. They have attacked people in the US, Canada, Australia, Europe and Asia. Their victims have one thing in common: difference. They hate anyone who has a world view which is different. For the Salafist Muslims – the instigator of Islamic terrorism – you are an enemy and worthy of death if you do not submit to their worldview. They have made it their mission to raise the “black flag” of their version of Islam all over the world.

The argument that our foreign policy is to blame for what happened in Manchester, London and elsewhere in the Western world is wrong and irresponsible. It is wrong because Islamic terrorists don’t give a damn about our foreign policy. For the people who wonder and search for reasons, ISIS has made it plain. They have stated in their magazine Dabiq that “We hate you, first and foremost, because you are disbelievers;” and because we “indulge in all manner of devilish practices”.

This is true for all other Islamic terrorist groups operating under different brands. The only thing which matter to them is to make us change our way of life to their way of life and our values to their values. Their barbaric attacks and modus operandi have made their intentions clear.

Those who indulge in the narrative of self-doubt and self-guilt – by blaming our foreign policy – are shifting the focus away from the terrorists and provide them with more propaganda and their supporters with excuses.

I respect the position of those who want to critique and debate Britain’s foreign policy. But what motivates ISIS and other terrorist groups is not our foreign policy. Just look at their daily carnage in the Middle East, South Asia and elsewhere. What justification can there be for blowing school children into pieces in Lahore, indiscriminately killing hundreds in Kabul, bombing a music concert in Manchester, running over pedestrians in London and Nice, enslaving Yazidi women, abducting Nigerian girls and throwing gays off buildings?

More than ever we need our leaders to stand firm by our values and be willing to promote and defend them. We need a clear plan to fight Islamic terrorism at home and abroad. For too long they have exploited our tolerance and openness to poison hearts and minds. Islamic extremism, which breeds terror globally, must be fought as an ideology. But Islamic terrorism must be fought and crushed wherever it shows up by whatever means necessary.