Home / Latest Articles / 2015 is going to be a dangerous year 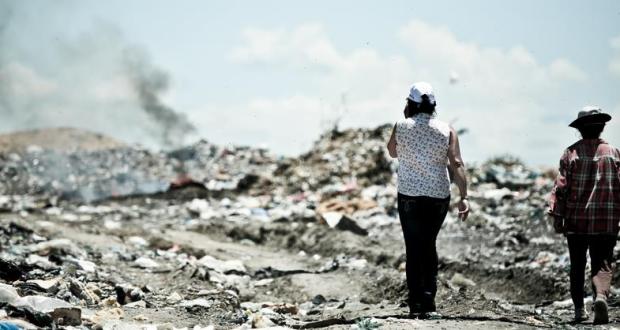 No, not because there is a general election coming and, given how balanced on a knife-edge the whole thing is, the stakes are unusually high and any false move will likely be enough to do for Labour’s hopes. Although that, too, is true.

At our year-end stocktaking, perhaps it behoves us to climb into the helicopter and look at where we are in time and place.

And if there were a year to bring home to European and US citizens that their current leaders do not really seem up the job of world statesmanship, 2014 was it. In terms of foreign events, it has been a fairly astonishing year.

First in the list of astonishing feats has been that the bullying leader of a major military power – and the world’s sixth largest economy – could take two sizeable bites out of a neighbour’s territory, with scant response from the developed world, other than an outbreak of gratuitous harrumphing and some fairly limited sanctions.

An action and reaction that reminded anyone with a sense of history of nothing so much as the gradual nibbling away of Czechoslovakia in 1938 by Germany, one of the main preludes to the Second World War. And of Chamberlain’s memorable response, that it was “a quarrel in a far-away country between people of whom we know nothing”.

Second, that the US should delude itself that there was a realistic hope of sensible negotiations with Iran over nuclear weapons, with the US negotiating hopefully that the country might see fit to give up something that international law said they were not supposed to have in the first place. The Iranians, surely, cannot believe their luck that it has gone this far.

Third, that the West’s abject failure to act in Syria three years ago has, predictably, come back to bite it in the horrific form of Islamic State, happy to assassinate the innocent merely to send us all a crazed message.

During the course of the next 12 months, we could easily see development in one or more of these threats: a total meltdown in Iraq and neighbouring Middle Eastern states; a nuclear Iran, toward which Israel might well lose its patience, in the absence of meaningful American support; and a renewed Russian campaign against the rest of Ukraine, or even a Baltic state or two.

And the nightmare scenario of all these is surely this last: Russia invades – or pseudo-invades – Latvia, Estonia or Lithuania, followed by no meaningful response by the West. Geopolitical stability is all about action and response; credible threats and credible responses. If NATO retaliation against an attacked member state can no longer be relied upon, then this – albeit flawed and imperfect – cornerstone of post-war world stability will have ceased to have meaning. The start of a dizzying, terrifying era of “open season” will have begun.

It is difficult to believe that Putin is not eyeing his expansionist options, which he has until early 2017 to put in place, if he wants to take advantage of weakness at the White House while the winds are blowing his way.

And so we turn to Labour. It is certainly true that our party has scarcely been leading the charge to confront these threats. Hopelessly compromised by its unwillingness to confront an increasingly vocal pro-Islamist lobby within the British left, and its unshakeable faith that Britain’s foreign policy since 9/11 has been wholly wrong, it has danced a wobbly jig towards Guardianista neo-isolationism on all fronts, peppered with the odd, obligatory condemnation of violence.

As for the whipped vote in favour of recognising Palestine, while neglecting the fact that a significant part of its geography is governed by murderous extremists whose values are not at all as far from Islamic State as many would like to think (see the Hamas charter here), well, the less said about that, the better.

Yes, we are only in opposition. But this is not good enough for a party aspiring to govern.

It is not that David Cameron has particularly covered himself in glory on the foreign policy front and, at times, he too seems compromised by the neo-isolationists in his own party. But, at the moment, even as a party member, one almost fears the arrival of a Labour government in such dangerous times. Not to mention, as if to add insult to injury, the labour movement leaders who have traditionally helped Labour to counter-balance the isolationists on the party’s left, to look outward, to look out for their brothers abroad; they now figure among the most vocal proponents of this new isolationism.

No, one can only hope that, should the wind blow in our favour in four months’ time – and, let’s face it, accepting that it would likely have been largely lucky electoral arithmetic that had brought us there – that the weight of office would somehow infuse our party’s leadership with a new seriousness, one that its last four years of foreign policy have notably lacked.

As the chimes ring in 2015, if you hear a faint grating sound in the background, it is surely the tectonic plates of world geopolitics, edging towards a new, more dangerous configuration, in which some momentous decisions will need to be made by grown-up politicians.

And if, in the background, you can hear another, even fainter grating sound, it may just be the sound of Ernie Bevin, figurehead of Labour’s once-proud internationalist tradition, turning in his grave.