Home / HSC in the Media / HSC Director quoted in Channel News Asia: ISIS is a cancer

The HSC’s Director for Government Relations and Strategic Partnerships, Dr Dwayne Ryan Menezes, was quoted in Channel News Asia on the subject of foreign fighters in Syria and Iraq.

British Prime Minister David Cameron has condemned the apparent killing of a US journalist by an Islamic State (IS) militant as “shocking and depraved”. Mr Cameron interrupted his holiday on Wednesday (Aug 20) to return to his Downing Street office in London to discuss the situation in Iraq and Syria.

Islamic State militants posted a video on Tuesday that purported to show the beheading of American journalist James Foley in revenge for US air strikes against the insurgents in Iraq. The executioner in the video spoke with a British accent.

Since the video was posted online, intelligence and security agencies, both in the US and in the UK, have been pouring over that footage, trying to match anything in that video to pre-existing intelligence and data – specifically looking at the known British nationals who have travelled to the Middle East to fight for the IS, formerly known as the Islamic State in Iraq and the Levant (ISIS).

British Foreign Secretary, Philip Hammond, said: “Well, we are very concerned about the apparent fact that the murderer in question is British and we are urgently investigating. Agencies on both sides of the Atlantic are, first of all, looking to authenticate the video to make sure that it is genuine – sadly it appears to be – and then to see if we can identify the individual in question.”

Since the militant in the video spoke with an English accent, experts say this will put further pressure on the British Prime Minister to act.

Dr Dwayne Ryan Menezes from the Human Security Centre said: “This is frightful for this country. This is not where ISIS is intimidating this country, it is where we need to look into what is happening in our domestic affairs. What are we growing in our backyards? It is a cancer that’s going to eat, corrode, not only this society but again pose an international threat.”

foreign fighters homegrown Iraq isis James Foley Syria Terrorism 2014-08-20
admin
Previous: HSC Executive Director on BBC Radio Drivetime: We have to arm the Kurds
Next: Iran and the P5+1: The Consequences of a Deal and the Consequences of None 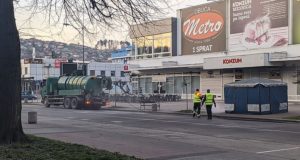