Not that the violence has gone unnoticed. On Human Rights Day Jeremy Lefroy, the Tory MP for Stafford (and HSC Advisory Board member), held an adjournment debate in the Commons on the political situation in Burundi.

“The people of Burundi have suffered enough,” said Lefroy, who is a Christian. “They are not interested in power struggles between elites who think it their right to rule; they want stability and the ability to live their lives free from fear. I urge President Nkurunziza, whom I have met on two occasions, to engage fully with such mediation.”

Such mediation is supported by Menezes, who told Christian Today “the time is not right for any international military intervention which would be likely to further exacerbate the conflict.

“However, it would be wise for such options to be weighed and planned should the need arise,” he said.

Burundi genocide 2015-12-21
admin
Previous: What to expect from China’s direct involvement in EU affairs through the ‘Juncker investment plan ’?
Next: Terrorism 2030 – HSC Executive Director looks into the future for Daily Telegraph 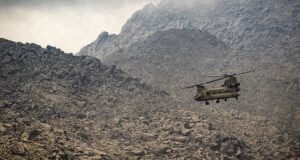