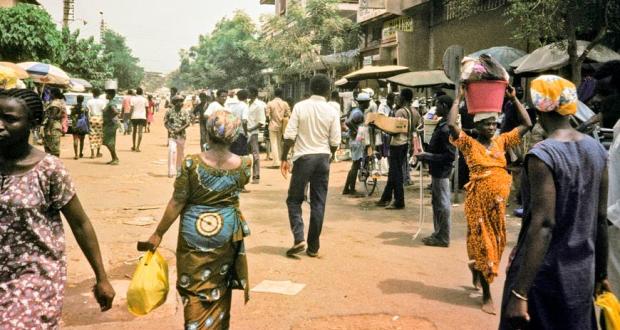 The Promotion and Protection of Human Rights In Togo

The Togolese Republic – a small country in West Africa, with a population of around 6.8 million people – is in political transition. Following the death of President Eyadema Gnassingbé in February 2005, his son Faure Gnassingbé was appointed as President. He agreed to hold elections in April 2005, and following his success, major human rights violations ensued.[1] With Faure Gnassingbé winning the 2015 election, he will now stay in power for his third term following the 38-year rule of his father.

In June 2005 the UN High Commissioner for Human Rights decided to establish an enquiry into the allegations of human rights violations committed across Togo from 5 February to 5 May 2005. A report was published in September 2005, emphasising the need to end impunity in Togo, and recommended that truth, justice and reconciliation be principles at the heart of all programmes addressing the crisis in Togo.[2] In November 2006 the High Commissioner for Human Rights established an in-country office to assist Togo in reaching these recommendations, and to help protect human rights.[3] The international community plays an active role in assisting Togo to ensure human rights are respected. The European Union financially assists Togo, specifically in prison projects that have been running since 2005. This article will analyse whether Togo has implemented the recommendations made by the UN Human Rights Council, Human Rights Committee and the High Commissioner for Human Rights relating to the justice system.

In the last decade Togo has become a party to several major human rights conventions, including the International Covenant on Civil and Political Rights (ICCPR), and the Convention against Torture, which has represented a huge step forward in terms of Togo’s respect for international human rights obligations.

Article 10(1) of the ICCPR states that ‘All persons deprived of their liberty shall be treated with humanity and with respect for their inherent dignity of the human person’. Prisoners in Togo are not treated with humanity, nor are they treated with respect for their inherent dignity. Prisoners in certain prisons survive on one meal a day, drink dirty water, sleep on the floor in small rooms with around 70 prisoners, get no exercise and have no opportunity to take part in rehabilitation.

The Bureau of Democracy, Human Rights and Labour produced a country report on human rights practices in Togo and reported that, according to Amnesty International, several persons died in detention in 2009 ‘probably as a result of torture or other ill-treatment’. The report also noted that prisoners were dying of hunger in Togolese prisons as they received typically one meal a day worth 150 CFA ($0.31).[5] The UN Human Rights Committee’s fourth periodic review of Togo notes that the Committee remains concerned that the prison conditions constitute a violation of Article 10 of the Covenant.[6] The Committee recommended that Togo should take steps to ensure that every detainee has mechanisms for reporting violations of which they are victims and that measures are taken to restore a persons’ right to liberty or to conditions respectful of human dignity when in detention.[7]

The majority of prisoners in detention are awaiting trial, which accounts for 80% of the prison population. Accused and convicted prisoners are not separated and are subjected to the same treatment whilst incarcerated. The Bureau of Democracy, Human Rights and Labour report highlighted that lengthy pre-trial detention was a result of a shortage of judges and qualified professionals.

Implementation of Recommendations and Reforms

The European Union and charity Y Care International have funded justice reform projects in Togo since 2005. The current project ‘Soutien aux Défenseurs des Droits de l’Homme’ (S2DH, roughly translated as ‘Support for Human Rights Defenders’) aims to strengthen the human rights and fundamental freedoms of young people in conflict with the law in Togo. The project aims to facilitate access to justice for youths in conflict with the law in four regions of Togo and reduce violations of human rights committed in prisons.[9]

In the last few years many prisons in Togo have introduced ‘legal clubs’, an innovation established by the YMCA, in coordination with Y Care International. Legal clubs are a group of prisoners, with a good level of education and language skills, who are trained by the magistrates to give advice, write requests and raise awareness regarding prisoners’ rights and responsibilities. Instead of seeking, and paying for, professional legal advice prisoners can ask for the assistance of their peers. Whilst providing an invaluable service to the prisoners, the members of the legal club are gaining invaluable skills and experience to help them when they are released. Between 2009 and 2012 1,070 detainees were released across the country with the help of the YMCA and Y Care International.[10]

Under the Code Pénal du Togo[13] punishment of criminal activity usually comprises a period of incarceration and/or a fine. There is a lack of alternatives to prison, which does not help the increasing problem of overcrowding. The justice system could hugely benefit from alternatives to prison, this would reduce the prison population thereby allowing more money to be spent per prisoner, produce more comfortable conditions for every prisoner and bring the conditions closer to norms expected by human rights law. There is a huge waste management problem across Togo, with citizens throwing their rubbish on the streets instead of recycling and paying for their rubbish to be collected. A possible solution to the problem of waste management could be to punish petty crimes with community service, with the community service being to collect litter and clear the streets. Such an approach would kill two birds with one stone, so to speak, and would reduce the prison population significantly and also clear the streets of litter.

Since Togo came under the spotlight in 2005 the country has made progress in terms of its commitment to protecting human rights. Togo has ratified major human rights instruments, however the country has yet to ratify the Rome Statute of the International Criminal Court, which remains a concern of the Human Rights Council’s Special Rapporteur.[14]

Progress has been made in terms of access to justice through the creation of legal clubs, however little progress has been made in terms of the prison conditions or the presumption of innocence. Prison conditions across Togo are inhumane and constitute a breach of Article 10 ICCPR. Likewise, the practice of pre-trial detention renders the presumption of innocence futile, and constitutes a breach of Article 14 ICCPR. With President Gnassingbé remaining in office for the next term it remains to be seen whether further reforms will be made in the justice system.

[9] YMCA Togo, ‘Togo YMCA builds capacity of its volunteers in advocacy technique’, 24 May 2014, available at: http://translate.google.nl/translate?hl=en&sl=fr&u=http://www.ymcatogo.org/index.php/journal-2/46-ymca-togo-renforce-les-capacites-de-ses-volontaires-en-technique-de-plaidoyer&prev=search.

human rights Togo 2015-07-17
Rebecka Buchanan
Previous: All Eyes on The Kurds
Next: As Yemen Burns, the World Watches