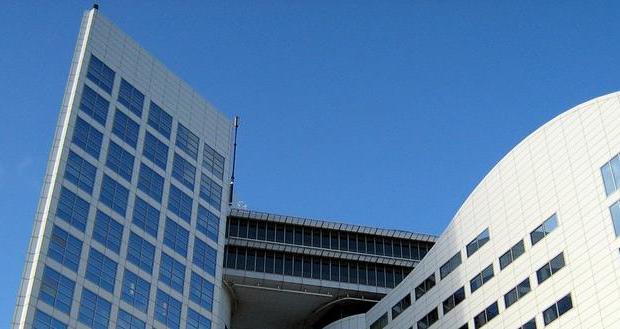 Bashir Still at Large: Head of State Immunity before the ICC

The United Nations Office for the Coordination of Humanitarian Affairs reported that 460,000 people had been displaced in Darfur in 2013.[1] Almost ten years from the United Nations Security Council’s (UNSC) referral of the situation in Darfur, in Resolution 1593, to the International Criminal Court (ICC) the humanitarian situation in Darfur remains volatile. Although the ICC issued warrants of arrest in respect of Sudan’s President Omar Al-Bashir in 2009[2] and 2010[3] for various counts of crimes against humanity, war crimes and genocide, Bashir remains at large. Bashir’s arrest warrants were the first issued by the ICC in respect of a serving Head of State, traditionally afforded absolute personal immunity against prosecution. Alongside Sudan vowing it will not cooperate with the Court, the African Union have condemned the warrant and are concerned it could jeopardise efforts to promote peace in Sudan.[4]

The doctrine of Head of State immunity affords serving Heads of State personal immunity for every act undertaken during their term in office, including acts undertaken in a private capacity. Personal immunity is a procedural defence covering inviolability and immunity from criminal jurisdiction; however it ends with the cessation of the agent’s official duties.[5] Former Heads of State enjoy a lesser form of immunity – functional immunity – acting as a substantive defence attributing legal liability to the State for acts carried out on behalf of the State,[6] thus acts carried out in a private capacity may not benefit from immunity.

While it has been generally accepted that former Heads of State can no longer claim functional immunity in respect of international crimes,[7] the absoluteness of personal immunity before foreign domestic courts has been reaffirmed in the International Court of Justice’s (ICJ) decision in Arrest Warrant. However, the ICJ also determined that immunity might be inapplicable where the Head of State is subject to proceedings before ‘certain international courts, where they have jurisdiction’.[8]

The Rome Statute of the ICC – governing the jurisdiction and functioning of the ICC – introduced a unique provision rendering immunity of an individual irrelevant, meaning that immunity shall not bar the Court from exercising its jurisdiction over any individual.[9] All other international courts and tribunals’ statutes contain ‘classic provisions’ rejecting the relevance of the official capacity of an accused.[10] Article 27(2) of the Rome Statute states that immunities, under national or international law, shall not bar the Court from exercising jurisdiction over a person. Therefore, an accused person’s personal immunity under customary international law shall not bar the ICC from exercising jurisdiction. However, it is generally accepted in international law that treaties may not place obligations on States that have not consented to their binding effect. Sudan has not ratified the Rome Statute therefore the ICC Prosecutor was unable to initiate an investigation into crimes committed in Darfur. As such, the UNSC, acting under Chapter VII powers, had to refer the situation in Darfur to the ICC, thus establishing jurisdiction under Article 13(b) of the Rome Statute.

The referral of the situation in Darfur to the ICC was a decision by the UNSC to confer jurisdiction on the ICC, whilst subjecting Sudan to the provisions of the Rome Statute. As a member of the UN, Sudan is under an obligation arising from Article 25 of the UN Charter to accept the obligations arising from Resolution 1593. Therefore, with the Rome Statute governing any investigations or prosecutions arising from the situation in Darfur (including Bashir’s arrest) Sudan would be placed in an analogous position to that of a State party, with the provisions of the Statute binding on Sudan. Thus, like State parties to the Rome Statute, Sudan is bound to accept the Rome Statute’s provisions relating to immunity. Specifically, Bashir’s immunity would be removed by virtue of Article 27(2), and the Government of Sudan is obliged to arrest and surrender Bashir by virtue of Resolution 1593.

Bashir’s Immunity before the ICC

While addressing the issue of the Court’s jurisdiction in respect of Bashir, the Pre Trial Chamber stated that the ‘current position of Omar Al Bashir as Head of a State which is not a party to the Statute, has no effect on the Court’s jurisdiction over the present case.’[14] This conclusion was based, most importantly, on the UNSC’s acceptance that any investigation, and prosecution, arising from the referral of the situation in Darfur to the Court will take place in accordance with the statutory framework of the Court.[15] As such, personal immunities are removed by virtue of Article 27(2) of the Rome Statute providing that, ‘Immunities or special procedural rules which may attach to the official capacity of a person, whether under national or international law, shall not bar the Court from exercising its jurisdiction over such a person.’

Although it may be argued Bashir’s immunities have been abrogated before the ICC, Bashir may still retain his customary international law immunity before national authorities attempting to arrest and surrender him before the ICC. As the ICC does not possess enforcement mechanisms of its own, it relies on State parties’ cooperation to secure the arrest of accused persons. The Pre Trial Chamber issued requests for the arrest and surrender of Bashir to all State parties to the Rome Statute, as all State parties are under obligations to arrest and surrender accused persons.[16] It remains unclear whether State parties may waive Bashir’s immunity while carrying out such obligations as Article 98 of the Rome Statute represents a clear conflict with Article 27’s removal of immunity. Article 98 recognises that States’ may have international obligations to respect immunity that may override their obligations to cooperate fully with the court. However the Pre Trial Chamber held that both Chad and Malawi, by failing to arrest Bashir when he entered their territory, had failed to comply with their obligation to cooperate with the Court.[17] Therefore, although Bashir’s customary international law immunities may not bar the ICC’s jurisdiction, it remains controversial whether State parties may legally arrest and surrender Bashir.

[12] Dapo Akande, ‘The Legal Nature of Security Council Referrals to the ICC and its Impact on Al Bashir’s Immunities’, (2009) 7 Journal of International Criminal Justice 333, 340.