Home / Europe / United in their divisions: Bosnia-Herzegovina after the October election 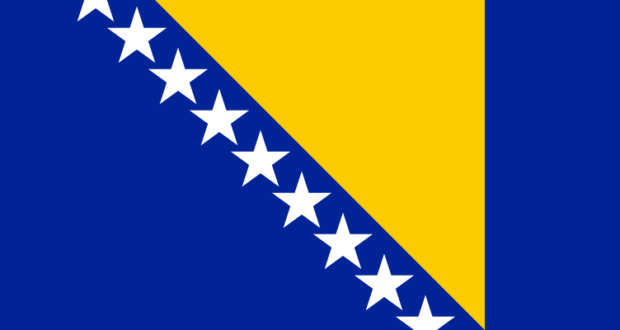 United in their divisions: Bosnia-Herzegovina after the October election

On 7 October, Bosnia-Herzegovina held its eighth general election since the end of the war. Voting took place for all of the country’s elected institutions, including the state presidency, the state parliament, the assemblies in the two entities and Brcko District, and the presidency of the predominantly Serb entity, Republika Srpska. With the final count of the votes a mere formality at this stage, the main cause for concern seems to be that pro-Kremlin nationalist Milorad Dodik won the Serbian seat in the country’s tripartite presidency. What is more worrying, however, is the fact that Bosnia-Herzegovina is currently unable to form a government – and that a political system this inefficient continues to exist in a country that has been the subject of more international engagement than any other in Europe.

On winning the presidential election, Milorad Dodik said that his first order of business will be to write to United States President Donald Trump and demand the abolition of the Office of the High Representative. Famous for periodically threatening the secession of Republika Srpska, Dodik is currently under United States sanctions for actively obstructing efforts to implement the 1995 Dayton Agreement that ended the war in Bosnia-Herzegovina. Completely unfazed by this, the head of the Alliance of Independent Social Democrats (SNSD) and outgoing president of Republika Srspka declared that his main focus and first priority will continue to be the position of the Serbian people in Bosnia-Herzegovina, as well as that of Banja Luka. With outgoing prime minister of Republika Srpska – and close, personal ally – Zeljka Cvijanovic as his successor, Dodik is highly likely to maintain a strong degree of control over the predominantly Serbian entity, which in turn would allow him to further his presumed political ambitions.

Milorad Dodik, however, is also famous for being more talk than action, and his cosying up to Moscow over the years has not been rewarded with decisive Russian support for independence or even greater autonomy for Republika Srpska. Although endorsed by Russian President Vladimir Putin in the run-up to the election, the relationship between Dodik and the Kremlin has evolved within a well-defined set of limits and boundaries. Further support and encouragement for Republika Srpska’s secession would mean that Russia would need to commit significant material assistance, particularly if a conflict should erupt in Bosnia-Herzegovina. With its current military undertakings in Syria and Ukraine, this is something Moscow most likely wants to avoid, and made this clear to Dodik when it refused to support an independence referendum in 2016. Moreover, Bosnia’s status quo suits Russia a lot better – if the present scenario is maintained, Bosnia-Herzegovina will remain a weak and divided state that is unlikely to join NATO in the near future.

As stipulated in the peace agreement that ended the war, Dodik will be sharing the presidency with Sefik Dzaferovic of the Bosniak Party of Democratic Action (SDA) and Zeljko Komsic of the Democratic Front. While Dzaferovic’s win represents continuity – as he is a close ally of outgoing Bosniak president Bakir Izetbegovic and his family – , Komsic’s election came as a surprise. The defeat of nationalist leader Dragan Covic was not taken well by the Croatian government in Zagreb, and Croats in Bosnia-Herzegovina took to the streets to voice their disapproval of the election results. The more moderate Komsic is considered to have won only because of a tactical vote on the part of the Bosniaks, which goes back to the sore point that is the fact that Croats do not have an entity entirely of their own. The Croat opposition is currently waiting for an official final count of the votes to dispute the results, and calls for the creation of a third entity are growing louder.

That politicians like Milorad Dodik and Dragan Covic can reach the height of their careers speaks volumes about the dysfunctions of the Bosnian system. A political campaign that saw war criminals praised and glorified was followed by a voting day that is uncomfortably different from what one should look like in a country that is on the road towards European integration. The Central Electoral Commission has cancelled more than 452,000 ballots cast in polls at all levels, and Transparency International has reported a record number of voting intimidation and vote buying cases, campaign violations, and instances of hate speech and abuse of power and public money. The power-sharing compromise that was at the heart of Dayton has become less about peaceful coexistence and more about self-interest, and the elite seems to have renounced all pretence that the former takes precedence over the latter.

Signed in 1995, the Dayton Agreement was intended as an end to the 3-year long violent conflict in which over 100,000 people died, not act as a long-term solution to the problem of governance. In theory, the complex political system was meant to give all three main ethnic groups a voice, and to ensure that each specific viewpoint is represented. In practice, Dayton has created a divided political landscape in which ethnic rhetoric is a successful political tool; only those who declare themselves as part of the one of the three main ethnic groups have a say; and everyone’s compromising limit was reached a long time ago. Politicians play the ethnicity card because they know it works, but they also play it because it is easier than finding solutions to issues that have become endemic. Corruption and organised crime, high levels of unemployment, and an economy and infrastructure that are collapsing are issues no-one in the political system is willing to talk about – and their refusal to work together has brought Bosnia-Herzegovina to a deadlock.

Internationally, Sarajevo failed to gain candidate status of the European Union because its divisions prevented the country from finalising a simple questionnaire that the bloc uses to assess whether a country meets the requirements for applying to join. Internally, post-election Bosnia-Herzegovina finds itself with no legal basis on which a government can be formed. Under the current law, Serb representatives are elected only by people living in the mainly Serb entity, Republika Srpska, but all voters in the mainly Bosniak and Croat entity, the Federation, elect both the Bosniak and the Croat representatives. This means that, with Bosniaks outnumbering Croats by more than three to one, the current electoral law allows Bosniaks to effectively elect both their own representatives and those of the Croat people. The law was deemed unconstitutional by the Constitutional Court in 2016, but parliament is yet to revise it, as Bosniak leaders have vetoed every proposal for reform introduced by the Croat ones. Failure to reform the law also means that elections for the upper house of the parliament cannot take place, which in turn leaves the country without a means to approve a potential government.

All, however, is not lost, and a faint glimmer of hope can just about be made out in the sea of dysfunction and inefficiency. In the week leading up to the election, tens of thousands of people marched on the streets of Banja Luka to demand the truth about the death of David Dragicevic, a 21-year old student believed to have been kidnapped and murdered by the police. Simultaneously, Sarajevo saw several thousand people gather on its streets to demand justice in a similar case of alleged involvement on the part of the authorities in the concealing of a murder, namely that of 22-year old Dzenan Memic. Truth, justice and accountability are causes all Bosnia’s citizens can get behind – and only by demanding them will they see their country finally moving forward.

Bosnia’s October election cast a light on all of the country’s weaknesses, dysfunctions and inefficiencies. The political system seems fixed in a form that only benefits its elite, and Bosnia-Herzegovina is moving sideways rather than with a look towards the future. As things stand, the path towards recovery will be more difficult than most – but with enough determination and fight, the people of Bosnia can achieve anything they set as a goal.