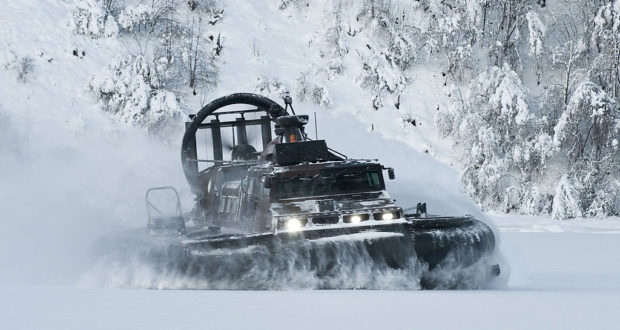 The House of Commons Defence Sub-committee has published ‘On Thin Ice: UK Defence in the Arctic’, which outlines the conclusions of its inquiry into defence in the Arctic. The report illustrates the nature of the challenges the UK faces in the region, and examines the resources required to meet them.

In its evidence to the inquiry, the Human Security Centre (HSC) raised concerns regarding challenges in and emanating from the Arctic, most notably to NATO’s traditional ‘Northern Flank’ – an area centred upon Norway and adjacent waters. While the Arctic has in recent decades been an area of low tension, its role as a key base for Russian military forces has recently returned to the fore. The HSC is particularly pleased to note the report’s following points:

“Even with the resurgence of the Russian threat, the importance of the Arctic and the surrounding region to the defence of both the NATO states in general and the UK specifically has remained under-appreciated. It is now vital that, as was the case in the Cold War, the region is recognised as a vital theatre of both deterrence and forward defence.

The forthcoming Exercise Trident Juncture 2018, which will take place in Norway in October and November this year and will feature some 40,000 personnel, will help remedy decades of neglect of NATO’s northern flank. In the longer term, the UK has the potential to offer a range of platforms – including the new Queen Elizabeth-class aircraft carriers and P-8A Poseidon maritime patrol aircraft – that could provide key capabilities to the Alliance in the region.”

2018-08-15
Rowan Allport
Previous: NATO: Still one for all and all for one?
Next: Post-Brexit Security: the devil in the detail