Home / Asia and Pacific / The Trouble with Missile Defense: Reinvigorating Deterrence by Denial 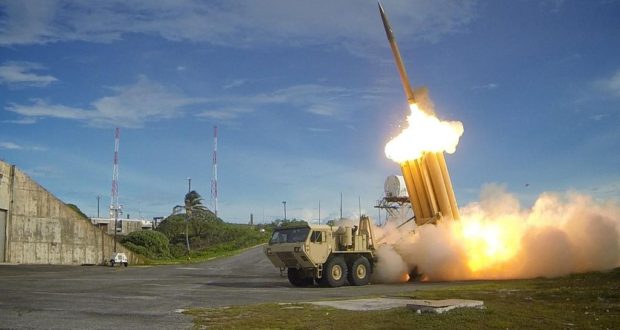 The Trouble with Missile Defense: Reinvigorating Deterrence by Denial

Over the past fifty years, the United States has increasingly focused on missile defense to deter threats against its strategic interests and those of its partners. Unfortunately, the acquisition and planning emphasis on defensive systems has resulted in a loss of attention to offensive capabilities. Two challenges have quickly emerged from these dynamics. First, as countries such as North Korea and Iran pursue qualitative and quantitative advancements in their missile technology, the pressures on regional and strategic missile defense systems are increasing. Second, China and Russia are developing and improving a range of nuclear capabilities that could present complications due to their unique yields, delivery platforms, or both. Specifically, theorists have long postulated that a nuclear exchange could be limited based on the damage and delivery platform used by the combatants. Under these scenarios, the lack of diversity in Washington’s nuclear infrastructure may lead an adversary to conclude that it can present the US with an undesirable range of response options. Consequently, to deter a potential adversary from using one of these nuclear capabilities against the US and its partners, Washington should consider adopting a more offensively-minded, deterrence by denial approach. Such a renaissance should include consideration of a variety of military capabilities and options.

Regional and strategic missile capabilities are increasingly challenging the US focus on missile defense and its current mixture of offensive systems. Two brief case studies, North Korea and Russia, offer the opportunity to explore how the US strategy is being probed by potential adversaries. Pyongyang’s increasing missile expertise directly counters Washington’s missile defense strategy. Moscow’s pursuit of a wide range of nuclear capabilities could empower a regime already discussing possible nuclear use scenarios as a realistic means to end a conflict. For these reasons, North Korea and Russia have become two of the most prominent cases that call into question current US strategy.

The challenge regional systems pose to missile defense is often one of insufficient response times and complex trajectories. A North Korean missile may take less than ten minutes to reach targets as far away as Okinawa. At one point, the condensed response window was eased by the time Pyongyang needed to make its systems operationally ready and to fuel its missiles with liquid propellant. For instance, the Tapeodong-2 takes days to assemble and launch while the KN-08 and -14 take hours and require fuel trucks to follow their mobile units. Unfortunately, Pyongyang seems to be moving toward solid fuel motors, thereby shortening warning times to ten or fifteen minutes. Due to the compressed response period, the time to develop a fire-control solution, the computational trajectory needed to destroy the missile, may not be present. Moreover, a lofted trajectory, during which a missile’s flight path is more compressed and has a steeper arc, makes it increasingly difficult to defeat the reentry vehicle (RV) on its descent. As Pyongyang’s technology and intellectual capital advance, they will present unforeseen obstacles to Washington and its partners.

At the same time, in recent tests the current US system arrayed for homeland defense, known as Ground-based Midcourse Defense (GMD), has been able to destroy its target in less than fifty percent of its trials. As a result, while the North Korean missile program expands and advances technologically, it will force further US missile defense investments, both qualitatively and quantitatively. Simply to keep pace with North Korea’s delivery vehicle programs from a quantitative perspective is a challenge. For 44 ground-based interceptors, the US Government Accountability Office estimates Washington will need to spend $41 billion. In contrast, calculations of the total cost of North Korea’s missile program vary widely – in 2016 the South Korean Ministry of National Defense estimated that 31 launches under Kim Jong-un cost a total of $97 million. Such estimates include a caveat due to the low cost of North Korean labor; nevertheless, given the total number of missiles and test facilities, the entire program might cost $5-10 billion, and a potential offset is what North Korea has received for exporting its technology. In absolute terms Pyongyang’s program is more affordable than Washington’s.

In contrast to the situation involving North Korea, US missile defense was never intended to prevent Russian aggression – Moscow’s nuclear and conventional systems are simply too large in quantity. However, the Putin Administration’s active and open dialogue on nuclear use scenarios calls into question Washington’s ability to formulate a proportional response. To offset its perceived conventional gap with the US, Russian strategy has increasingly emphasized nuclear employment to paralyze its opponents in order to create a negotiating opportunity. Commonly known in the US as “escalate to de-escalate,” this strategy is particularly troubling given Moscow’s expanding and diverse range of nuclear systems. Beyond the strategic systems limited by the New Strategic Arms Reduction Treaty, estimates in 2014 of Russian options outlined a proverbial cornucopia of non-strategic systems including 2,000 total weapons devoted to air-, sea-, and ground-based systems, and as wide-ranging as nuclear missile defense capabilities and anti-ship mines. Such projections do not even consider Moscow’s Intermediate-range Nuclear Forces Treaty violating system, the SSC-8. The totality of its systems offers Russia a variety of delivery options featuring a range of yields.

For decades, academics and government officials have espoused the notions of limited warfare and proportionality. Perhaps first widely articulated in a 1962 speech at the University of Michigan by Defense Secretary Robert McNamara, a limited nuclear war provided an alternative to mutually assured destruction. However, underpinning this strategy was recognition of like-capabilities and the potential for proportional responses. Limited war would allow the two belligerents to respond “in kind” to one another, thereby saving face while buying time for diplomats to resolve the conflict. However, Moscow’s pursuit of an array of systems places limited war’s concepts in jeopardy. For instance, in October 2016, Russia deployed Iskander-M units to Kaliningrad. While Moscow has stated that the transfer is temporary, the Iskander-M demonstrates a capability that could threaten Berlin. Although the yield is not well-known, analysts presume it has a low yield capability; perhaps more important, its endo-atmospheric flight path and hypersonic speed (2,100-2,600 m/s) make it very difficult to defeat. These capabilities and the simple fact that the Iskander-M is not a strategic system may make it difficult for the US to respond with a strategic system. Moreover, Moscow’s advanced air defense assets, including the highly-touted S-500 and other existing systems, could impinge the penetrating capability of Washington’s non-strategic, dual-capable aircraft. Collectively, these capabilities offer Russia a potential advantage should it feel the need to utilize its nuclear systems.

Considering the current and likely future environment, the US should consider alternative options to deter potential adversaries by denying their ability to employ the aforementioned capabilities. Rather than risking an overreliance on missile defense systems, the US may find that conventional and nuclear assets present a range of tools to enhance proactive defense. For instance, targeting North Korean offensive systems could deny Pyongyang benefits from an attempted first strike. Utilizing offensive systems with missile defense assets underwriting US and allied security provides the best composition of capabilities. Moreover, a more open dialogue regarding the capabilities and strategy of the US and its regional partners would force a change in North Korean planning. No longer could it simply focus on defeating a limited number of missile defense assets. Instead, it would need to ensure the survivability of its own forces – a difficult task for any actor, let alone a financially constrained one.

A similar series of dynamics could be pursued with respect to Russia and other potential adversaries. In this case, the US acquisition strategy should be predicated in developing and strengthening a diverse range of capabilities that could be used proportionally to respond to a Russian attack. By ensuring the continued sustainment and modernization of conventional and nuclear systems with multiple platforms and yields, the US could create a situation where Moscow would no longer possess an asymmetric advantage. Such a strategy would, ultimately, reduce Russia’s ability to escalate its way out of a conflict. Therefore, the Putin Administration and its successors might think twice before undertaking aggressive action against its neighbors. Consequently, Euro-Atlantic security would return to a measure of stability.

Washington’s defense strategy is increasingly challenged by adversaries that believe they possess an asymmetric advantage over the US. One of the likely reasons for rogue states acquiring nuclear weapons has been the belief that such capabilities can ensure regime survival. In recent years, missile defense to deny a regime the benefits it might gain from conducting a nuclear launch has been complicated by the advancements – both qualitative and quantitative – of rogue state missile delivery vehicles. Just as important, larger nuclear states have pursued a diverse menu of capabilities in the belief that this complicates US response options. Both developments require a renewed emphasis on deterrence by denial. Investing in conventional and nuclear systems across a diverse range of platforms featuring unique capabilities would present Washington with means to impose costs on potential adversaries under any circumstances. A reinvigorated approach to US defense programs in the twenty-first century can help strengthen and reposition the US for continued leadership.

2017-04-09
Davis Florick
Previous: Fire and Ice: The Defence of Norway and NATO’s Northern Flank
Next: Stability at the expense of democracy? Serbia’s renewed fight against dictatorship