Home / Asia and Pacific / The Legacy of British Colonisation in Malaysia: Secularism versus Syariah 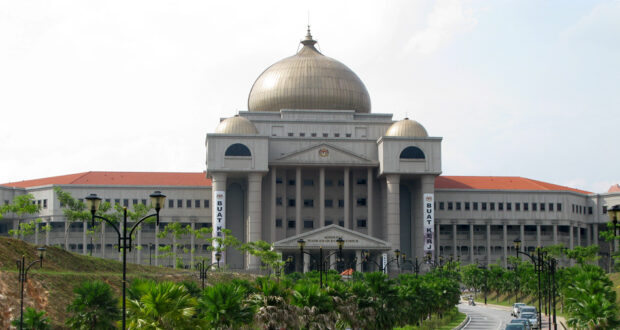 Malaysia has been independent from Britain since 1957, but the 133 years of British colonisation has left an impact on social, cultural and legal infrastructure of Malaysia. Whether or not to allow the continuity of this impact, or to reject this legacy, is an ongoing debate in Malaysia. This debate can be illustrated through the contradicting opinions that appear in their judicial system. The most obvious contradiction is the coexistence in the Malaysian Constitution of a libertarian freedom of religion provision, and a provision recognising Islam as the national religion. Likewise, the debate over whether to preserve the British system of precedent-based laws (called the common law system) or preference the Syariah (Islamic) law system also represents a way in which Malaysia is questioning the survival of its colonial history.

The preservation of British colonial history can be exemplified in the debate over the contradiction in the Malaysian Constitution: whereas article 3 provides for Islam as the national religion, article 11 allows for freedom of ‘the right to profess and practice’ any religion. This contradiction represents the disagreement in the country over whether to embrace freedom of religion (a product of Western liberalist ideology) or recognising that Islam is the major religion of the majority ethnic group in Malaysia. The two provisions in the Constitution clearly cannot complement each other, but are instead contributing to an ongoing debate over whether the ideologies of secularism and libertarianism associated with British legal legacy should be continued.

This debate is exemplified perfectly in the ‘Allah case’, which centred over whether non-Muslims can use the Malay word for God – ‘Allah’ to refer to their non-Muslim gods. In this case, the dispute involved the Catholic church arguing for the precedence of freedom of religion, whereas the Home Minister defended the provision protecting the majoritarian religion. The position of both parties reflect this tension over whether the English legacy should prevail. This dispute has been heard in multiple courts over a number of years, and the fact the courts’ judgments disagree on the matter further represents the divide: whereas the High Court found in favour of individual liberties, the Court of Appeal found in favour of preserving the word Allah. Ultimately, it was held that non-Muslims could not use the word Allah due to the national religion provision in the Constitution. This dispute over whether there is freedom of religion or a national religion comes back to an ongoing tension of whether Malaysia should continue the existence of British influence.

An example of was in the Lina Joy case, in which a woman who changed her name after apostatising from Islam to Christianity wanted to have the word ‘Islam’ removed from her identity card. In this case, the Court allowed for Syariah law principles to seep into the common law. For example, Fairuz CJ relied on religious values, importing specifically Syariah-law standards into the common law, therefore representing the sector in Malaysian society that are keen to move away from the residual British influence of the common law. Malaysian Federal Court judge Fairuz CJ explicitly mentions that the common law should be outright abolished to ‘escape the clutches of colonialism’.

Yet by contrast, and representing those who favour preserving the British legacy, the Malaysian Bar Council has also taken this stance, holding that to impute Syariah principles into the common law ‘is a direct attack on our Federal Constitution’. This perspective demonstrates the stance in the dispute that the common law should not be supplemented with non-common-law principles. It demonstrates that there are some in Malaysia who still favour preserving institutions developed by the British.

The dispute in Malaysia over whether to overturn British influence in law is still unresolved, and continues to go back and forth. However, recent developments seem to be pointing towards a movement in favour of those who preference the British systems. In 2018, when dealing with a custody matter in the Indira Ghandi case, the Federal Court unanimously interpreted the Constitution to grant judicial power exclusively to common law courts, signalling that the removal of power from common law courts to Syariah law courts should end. More than this, the Court also enforced the superiority of the common law by holding that it is within the Federal Court’s power to articulate the scope of Syariah courts’ power. The Court made very clear the value of the common law, articulating that the Malaysian Constitution is premised on the underlying principles of separation of powers and rule of law that are inherent to Westminster constitutions.

Similarly, earlier this year, the High Court also overturned the previous Allah decision, meaning that there was no longer a ban of non-Muslims using the word, with Justice Nor Bee specifically mentioning the freedom of religion provision. These two cases perhaps represent a swing towards favouring the preservation of British influence. Irrespective of which way the courts decide, it is clear that the divide remains, with some Malaysians favouring preserving the influence of their colonial history, and others advocating for removing themselves from it.

2021-10-01
Jessica Honan
Previous: Trouble at mill: Japan-Myanmar relations and implications of the coup for Japanese foreign policy
Next: Consequences of Taliban take-over in Afghanistan for jihadism in Africa: What should we look for? 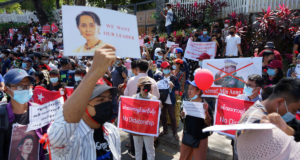