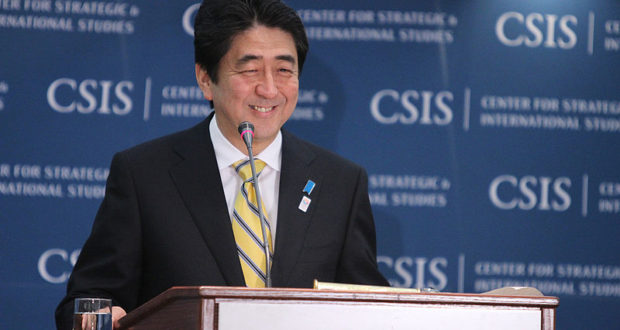 On October 22nd, Japan’s snap parliamentary election, called less than a month before, strengthened Prime Minister Shinzo Abe’s position. In calling the election, Mr. Abe sought to benefit from public alarm caused by Kim Jong-un’s aggressive acts and the vulnerability of other opposition parties. Ultimately, victory came for the Prime Minister despite slow economic growth, political corruption and the emergence of a new challenger political movement. Just a month before the October election, Yuriko Koike, the governor of Tokyo, had declared she would form the Party of Hope. Her declaration had led to widespread defections from the Democratic Party (DP), the traditional opposition to Mr. Abe’s Liberal Democratic Party (LDP). However, Ms. Koike’s Party of Hope proved too conservative to differentiate itself from the LDP. Thus, despite portraying themselves as an alternative without the baggage of corruption scandals, and billing the new party as a solution to Japan’s economic problems, they failed to overcome Mr. Abe.

When Shinzo Abe and the LDP defeated the DP and gained a majority in the Diet in 2012, they did so on the strength of their economic and foreign policies. Mr. Abe’s economic reforms, known as “Abenomics,” intended to accelerate growth by increasing government spending and the money supply while introducing structural reforms. However, while somewhat successful, “Abenomics” did not create the promised growth. Additionally, in 2017 the Prime Minister was hit by three scandals including personal donations to a far-right private elementary school, accusations that the military overstepped its constitutional authority by conducting combat operations during its peacekeeping mission in South Sudan, and claims of interventions to provide government permits for the founding of a veterinary school – a field tightly controlled in Japan. The fact that Abe nevertheless was returned to office is perhaps as much an indictment of the quality of his opposition as it is an endorsement of his administration.

DP failings provided an opportunity for a new political movement. In the year prior to the election, Yuriko Koike emerged as the most likely challenger to Shinzo Abe’s position. A Defense Minister during Prime Minister Abe’s First Government (2006-7), Ms. Koike ran for and won the Tokyo governorship in 2016, exposing a vulnerability in the LDP’s armor. Ms. Koike’s regional party, Tokyoites First (Tomin First No Kai), then went on to win a sweeping victory against the LDP in Tokyo’s summer 2017 regional elections. In just a year, Yuriko Koike did what the DP could no longer do: present a genuinely credible alternative to an LDP government. But rather than putting herself forward as a liberal successor to Mr. Abe, Ms. Koike embraced the label of a “compassionate conservative,” with emphases on breaking the bureaucracy and on integrity. Her platform suggested the LDP’s economic struggles and corruption were weakening its conservative base. In a predominately conservative country, Ms. Koike positioned herself as a results-oriented and morally upright alternative.

Yuriko Koike’s victory in the Tokyo election masked her two biggest challenges: proximity to LDP policies and poor results in her one year as Tokyo’s mayor. Ms. Koike’s political views match those of the LDP: she is economically and socially conservative, and wants to reform the pacifist language in Article Nine of the Constitution. With policies similar to the LDP’s, the Party of Hope was unable to differentiate itself and struggled to put forward candidates in time for the October election, forcing Ms. Koike to rely on former DP politicians opposed to reforming Article Nine. This created the dual problem that the more liberal candidates from the DP did not appeal to her core followers, while her conservative message did not appeal to the Japanese left.

The Party of Hope might have overcome these challenges had Ms. Koike been more successful as mayor of Tokyo. Her initial victories were greatly helped by LDP corruption and bureaucratic paralysis, but her original party, Tokyoites First, poorly organized and with a vulnerable record, struggled to achieve promised results.

The final problem for Ms. Koike was her decision not to run for a Diet seat herself. The Party of Hope’s initial success in September was largely due to her name recognition. Many assumed she would compete for a Diet seat which would give her a chance to become Prime Minister. By not running for the Diet, she demonstrated a lack of faith in the Party of Hope, disappointing supporters and surely failing to impress swing voters. As a party built around one person, this decision removed a major part of its attractiveness. While Ms. Koike’s governorship helps keep the Party of Hope in the public eye, her decision not to compete for a Diet seat seriously weakened the party’s prospects in 2017.

North Korea also provided Shinzo Abe with a tremendous opportunity to recover. Kim Jong-un’s missile and nuclear tests and his anti-Japanese hostility galvanized the Japanese public. The LDP has benefitted because it is viewed domestically as the best party on defense issues. For Prime Minister Abe and the LDP, the October election victory will be interpreted as a mandate for a stronger foreign policy, specifically reforming Article Nine of the Constitution. The immediate threat posed by North Korea, long term concerns over China’s growing regional influence, and doubts over the United States’ sustained commitment to Asia are leading Prime Minister Abe toward a more pro-active defence policy, necessitating this constitutional reform in order to make having a standing army legal. To do so, he needs two-thirds approval from the upper and lower houses of Parliament and a simple majority in a public referendum. Abe’s LDP and its partner, Komeito, won 313 of the 465 seats in the lower house in October and already control the upper house. Interestingly, over eighty percent of the seats won in October went to candidates whose parties support Article Nine reform. Yet, multiple polls in recent months have shown that a majority of the public is, at best, unconvinced that Article Nine must be modified. While the Prime Minister has the legislative power to reform Article Nine, it remains unclear whether he has popular support.

The election also provided the Prime Minister justification for raising the consumption tax. As part of “Abenomics,” Mr. Abe has proposed raising Japan’s consumption tax in October 2019 from eight to ten percent, thereby increasing government revenue by approximately 46 billion USD. Prime Minister Abe has proposed spending nearly 18 billion USD of the increase on education and childcare. These programs would strengthen Japan’s intellectual capital while also allowing women to play a greater role in the workforce – part of the structural reform pillar of “Abenomics.”

The LDP’s election victory will help it overcome opposition to the consumption tax increase. The same two percent increase was originally planned to take effect in October 2017. However, in May of 2016, Prime Minister Abe delayed the rise. While that move now seems prescient given the international economic downturn after the United Kingdom voted to leave the European Union, delaying the tax increase was a sign of how sensitive the issue has been. Mr. Abe has indicated the planned 2019 increase may be delayed further if necessary. For the time being, the Prime Minister and LDP will be able to argue the October election justifies increasing the consumption tax.

While the LDP will move forward on its policies, its opponents, particularly the Party of Hope, must reassess their strategy. With the DP having essentially dissolved, the Party of Hope and the Constitutional Democratic Party (CDP) are left to pick up the pieces. Interestingly, the CDP established itself as the left-leaning heir to the DP, finishing second with 54 members winning seats. In contrast, the Party of Hope only won 49 seats. The Party of Hope must balance itself on the tightrope, noting that moving further to the right or to the left risks alienating the party’s limited base.

The LDP will use Japan’s October parliamentary election result as a mandate for its policies, but the election may have been more about the failures of the opposition. It is important to recognize Prime Minister Abe overcame the scandals that plagued him earlier in the year. After Ms. Koike won Tokyo’s regional elections in July, many experts believed the LDP could lose its majority in the Diet. Furthermore, North Korean aggression certainly helped given Mr. Abe’s perceived strength in foreign policy. Yet, with the DP having practically dissolved, there is an opportunity for a new, liberal party to establish itself. At present however, with existing parties, whilst the CDP may be able to fill the liberal void, the Party of Hope, as a conservative group, will continue to struggle to set itself apart from the LDP and will need to make better use of their main selling point, that being Koike’s own personal brand. Without a capable alternative, the LDP will continue to win elections – almost regardless of its own successes in office.

2017-11-25
Davis Florick
Previous: HSC senior fellow comments on Australia’s role in North Korea
Next: The good, the bad and the pragmatic: European Union-Western Balkans relations in the age of Brexit