Home / Asia and Pacific / Japan and North Korea: Options for a way forward 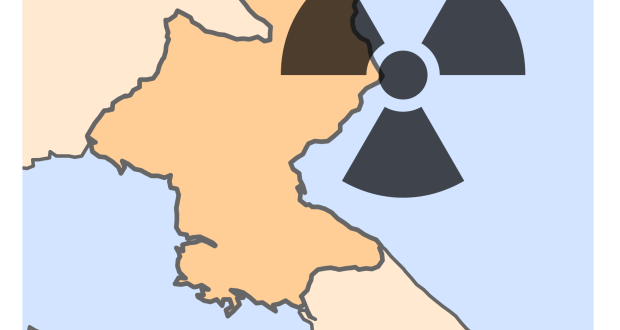 Japan and North Korea: Options for a way forward

North Korea’s most recent missile and nuclear tests have pushed Japanese Prime Minister Shinzo Abe into an uncomfortable predicament while simultaneously creating an opening for a monumental display of leadership. In just the last few months, Kim Jong-un has tested his largest nuclear device, with an estimated yield of 10 kilotons; fired a prototype of North Korea’s first submarine-launched ballistic missile (SLBM); and carried out three near-simultaneous medium-range missile launches – a first for the state. At a time of global instability, North Korea’s actions are weakening the rules-based international system. Making matters worse, a series of disquieting factors are emerging across the Asia-Pacific region that are eroding the stability Japan has enjoyed throughout much of the post-World War Two era. In responding to North Korea’s latest provocations, Prime Minister Abe, in speaking to the UN General Assembly on October 21st, called for action “in a manner entirely distinct from our responses thus far.” Perhaps more importantly, his is just the latest direct challenge to the UN over North Korea’s intransigence. Against this backdrop, Chinese officials calling for calm and a return to dialogue look divorced from the dangers of the situation. As alarm in Japan and South Korea mounts, Chinese statements appear shortsighted while the UN seems incapable of mollifying North Korea. The gap in these three viewpoints will only broaden. Pyongyang’s most recent activities are moving Tokyo toward an inflection point at which it will have to respond in order to preserve its strategic interests.

Northeast Asian stakeholders have placed considerable faith in entities such as China and the UN to make tangible progress in curtailing Pyongyang’s weapons programs. Unfortunately, regardless of intentions, their collective efforts have failed in curbing the advance of the Kim regime’s missile and nuclear developments. Making matters worse, Beijing’s aggressive actions in the East and South China Seas place its willingness to assist Tokyo and Seoul regarding North Korea in doubt. Just as important, Washington’s declining defense budgets are complicating the future decision space for senior leaders in Japan and South Korea. To alter the environment, Seoul has already demonstrated its priorities by moving forward on the Terminal High-Altitude Area Defense system (THAAD) against Beijing’s distinct and public wishes. In a similar vein, Mr. Abe’s statements before the UN could easily be interpreted as a challenge to the international body and China to act. By calling for more ardent action, Prime Minister Abe is better able to highlight both China’s calls for dialogue despite North Korea’s flagrant transgressions of international norms and the UN Security Council’s seven sanction resolutions that Pyongyang has violated. In reminding the international community of both China’s and the UN’s failings, senior leaders in Tokyo will be in a better position to garner support for more pronounced action.

Considering that the current approach to solving the North Korean crisis has borne little, if any, fruit in the last two decades, Japan will need to consider other options to address its belligerent neighbor. Among the alternatives, three particular thrusts should remain at the core of Tokyo’s strategy:

Refocusing the global debate on Pyongyang to pinpoint the myriad of international norms of behavior the state has violated will address the broadest range of interest groups. Certainly North Korea’s missile and nuclear programs will serve as the original impetus for Japan’s efforts, but addressing its human rights violations, illegal drug and money trafficking, and other dubious practices will play an important role in drawing in other constituencies. Having brought in other interest groups, Tokyo will be in a better position to change the narrative and focus on more proactive measures to alter North Korean policies. The proposed strategy will make policymakers in Beijing uncomfortable, but given their inability to substantially influence Pyongyang and Chinese actions elsewhere, Japan should be under no illusions regarding China’s ability and willingness to change the North’s current direction. Quite simply, challenging the Kim Jong-un’s regime’s existence is the best means to bring its weapons programs to an end.

Using bilateral and multilateral forums to discuss the extensive list of international norms of behavior North Korea has violated is an important step toward reframing the debate. Drawing on previously collected information such as the report conducted by the UN Human Rights Council will be an important step in rallying international support. Released on February 7th, 2014, the report found “that systematic, widespread and gross human rights violations have been and are being committed by the Democratic People’s Republic of Korea. In many instances, the violations found entailed crimes against humanity based on State policies.”[1] However, in many ways this is just the tip of the iceberg. Through agreements with Moscow and perhaps forty other countries, what are tantamount to slave laborers are being sent abroad – estimates on the low end indicate 65,000 people total – to do remedial work for pittances. Much of the money, and estimates vary from $200 million to $2 billion, is returned to North Korea to help fund its weapon programs and other unnecessary projects. These projects do nothing to better the living conditions of the vast majority of North Koreans. Other matters such as tightening security in the northern regions to inhibit crossings to China further imprison North Koreans who two decades ago traveled much more easily. Tragically, these issues are just a portion of the activities Tokyo can highlight in a variety of bilateral and multilateral forums to further discredit Pyongyang.

Setting the conditions for change in North Korea requires additional pressure on its strained budget. Already, from 2002-12, Pyongyang is reported to have spent roughly 25 percent of its gross domestic product (GDP) on military expenditures. Moreover, its expenditures as a function of GDP and total force strength as a percentage of its population were both first globally. By comparison, Japan spent approximately 1 percent of its GDP on defense and South Korea about 2.5 percent during the same time as the North Korean statistics (2002-12). Of note, Japan’s 2015 military expenditures as a percentage of GDP remained at 1 percent. Interestingly, Prime Minister Abe is already moving in a direction to place greater pressure on North Korea with a 2017 defense budget request increase of 2.3 percent, primarily focusing on missile defense assets. If approved, this capability would complicate the North’s ability to threaten Japan, thereby most likely triggering increases in Pyongyang’s defense expenditures and crowding out other government investments for Kim Jong-un. Tokyo should continue pursuing both defensive and offensive systems capable of denying benefits and imposing costs against Pyongyang.

Having further isolated North Korea and increased the stress on Pyongyang’s budget, Tokyo can then turn toward destabilizing the regime. In the last two months, a senior official, the Vice-premier for Education, was executed for, of all things, “sleeping and bad posture” during a meeting Kim Jong-un presided over. The Unification Minister and one other senior official were recently sent to labor camps. Meanwhile, ten officials have defected already this year. Added to these strains at the top have been the worst droughts in 100 years with little sign of abatement. If the drought were not enough, in September North Korean officials made a public request for food aid after floods struck the Northeast – an event described as the worst natural disaster since World War Two. Considering the mounting stresses placed on Kim Jong-un, now is an ideal time to pursue measures internally that may undermine the government. Given the high concentrations of disenfranchised people in the northeast, this would be an opportune place to start identifying the most disenchanted citizens. Providing them with material support through smuggling activities and anti-regime propaganda could be useful measures in weakening the Pyongyang stranglehold. The process would be long and challenging, but changing the approach on North Korea has never been more within reach.

Charting an entirely distinct response on the North Korean issue from what has been conducted to date requires innovative and ambitious thinking. Relying on China and the UN to take the lead has not brought safety and security to Northeast Asia. Although both parties carry mitigating factors that have complicated their options, the fact remains that North Korea’s missile and nuclear programs are the center pieces of its broader policy platform – a framework that does not represent the ideals of the international system. By placing greater pressure on North Korea, regimes that support it, and the international community writ large, Japan can begin to isolate Pyongyang. Further, Tokyo can then invest in defense programs intended to pressure the already exorbitant North Korean defense budget. Having strained Kim Jong-un’s economy, the likelihood of attracting change from within will increase as well. Supporting insurgent activities will be politically difficult, but drawing on historical lessons, there are precedents for such a venture. As Pyongyang achieves the capability to deliver a nuclear reentry vehicle, Tokyo, and its regional partners, will come under increasing domestic pressure to abandon reliance on China and the UN, and find an alternative solution.

[1] United Nations Human Rights Council, Report of the Commission of Inquiry on Human Rights in the Democratic People’s Republic of Korea, p. 6 http://www.ohchr.org/EN/HRBodies/HRC/CoIDPRK/Pages/CommissionInquiryonHRinDPRK.aspx