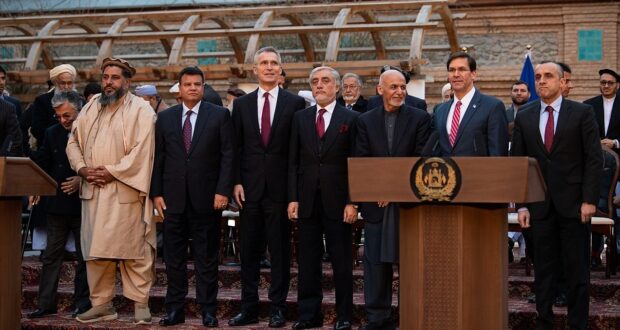 The House of Lords International Relations and Defence Committee has today published its report on its inquiry into the UK’s policy in Afghanistan. The inquiry, which began taking evidence on 18th September, looks to examine the current situation in Afghanistan, in light of the proposed withdrawal of military forces according to the Doha Agreement. The call for evidence asked for, inter alia, submissions setting out which major powers were active in Afghanistan and what interests and strategies they were pursuing; which non-state groups were active; analysis on the ramifications of the Doha Agreement, and recommendations for future British policy going forward.

The report recommends that the UK not withdraw troops until peace talks between the Taliban and the Kabul Government have concluded, that it considers proscribing the Islamic State Khorasan Province group, and that it maintains its aid commitments to the country to ensure continued progress. The report also warns, as did the HSC’s own evidence, that there is a grave humanitarian threat to women and minorities in Afghanistan at the hands of the Taliban and other extremist groups.

The Human Security Centre submission provided extensive analysis and featured in 7 recommendations, which were:

HSC Deputy Director Simon Schofield, who was Lead Author of the submission, said:

“The road ahead in Afghanistan is uncertain. The Taliban remain closely aligned with al Qaeda and other jihadist groups, despite reports to the contrary. The country approaches a critical crossroads at a time when international commitment to liberal democracy in Afghanistan appears to be faltering. Britain has a unique relationship with Afghanistan; it is vital that the UK supports the Kabul Government to protect women and at-risk minorities, continue progress in education and economic development, and oppose attempts to re-establish terrorist safe havens. These values are not mere ink stains on paper, they are the fundamental building blocks for the Afghan people to live free and healthily, with opportunities for all and whatever the outcome of talks, these must be protected.”

2021-01-13
Simon Schofield
Previous: Russia and China in the Arctic: A Pragmatic Partnership
Next: HSC Supports call for UN Commission of Inquiry on crimes against humanity and genocide against Uyghurs