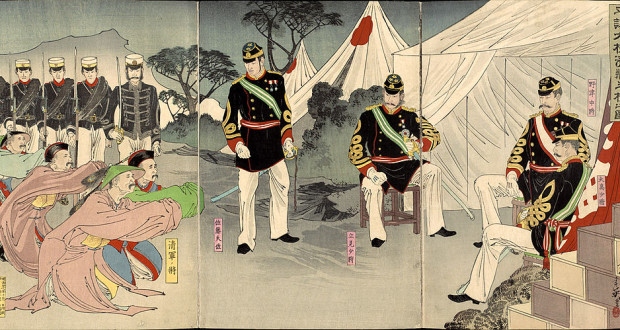 In recent years, the Chinese Communist Party (CCP) has adopted an increasingly nationalistic tone in its rhetoric. This change represents a clear departure from the Mao Zedong era when socialist ideals were predominant. Moreover, for today’s Xi Administration and its foreseeable successors, elevating a nationalist platform has altered their policy options. For instance, in the case of the East and South China Seas territorial disputes, compromise may well be viewed as an affront to national pride. Furthermore, those who would seek to demonize negotiations could allude to the “Century of National Humiliation” in an attempt to embarrass the senior leadership in Beijing. As a result, it is tremendously important to better understand what occurred during that “Century” and how it has impacted the Chinese national psyche. Furthermore, recognizing the shift in the CCP platform from economic equality to national savior carries contextual relevance. Altogether, appreciating the “National Century of Humiliation’s” impact is essential to shape engagement opportunities with Beijing more productively.

For many Chinese, the period in question represents the most dire and tragic time in their nation’s history. From 1839 to 1949, the Middle Kingdom was under almost continual assault from external and internal forces. First under the control of the Manchurian, Qing Dynasty, then divided by feeble governments, the country was picked apart. Although Europeans had slowly prodded for market access in China during the early nineteenth century, their real effort did not occur until the mid-nineteenth century. Even after the beginning of the First World War (WWI) and the slow decline of colonialism, Beijing was faced with the more ominous threat of Tokyo’s imperial expansion. In parallel, during the inter-war years, between the World Wars, and until the founding of the People’s Republic of China (PRC), a debilitating civil war was fought over two decades. These arcs nearly brought the Middle Kingdom to the brink, but its resilience and rehabilitation since 1949 has become a rallying cry for the regime.

European colonialism in East Asia rapidly accelerated during the nineteenth century and is symbolized by the “unequal treaties.” In March 1839, the Chinese confiscated over 1,000 tons of opium in Guangzhou (Canton at the time) an action which the British then used to justify declaring war on China (known as the First Opium War, 1839-42). During the next three years, the British scored victories at Guangzhou and Nanjing (Nanking), leading to the Treaty of Nanjing which required China to pay a large indemnity, cede Hong Kong Island, and allocate five treaty ports. This was followed by the Second Opium War, 1856-60, during which Britain and France invaded China. The conflict was set off by the Chinese boarding a British commercial ship, the Arrow, in Canton and by the killing of a French missionary in the interior. The Second Opium War culminated in the allies reaching Beijing and burning the Yuanming Garden, the emperor’s summer palace, in 1860. Following the conflict, the Beijing Convention was signed which permitted foreign envoys in Beijing, a number of new treaty ports, rights to foreign travel in China, freedom of movement for Christian missionaries, and other benefits. Further agreements followed with the Europeans, the United States (US), and Japan that accelerated the rate of land forfeiture. By the time of WWI when new European and US acquisitions ceased, considerable swaths of coastal China had been forfeited.

Fifty years after the Europeans first began acquiring territory in China, the Japanese entered the conflict in a significant manner. The First Sino-Japanese War, 1894-5, was fought over control of the Korean Peninsula. Since the beginning of the Meiji Restoration in 1868, Tokyo had gone to great lengths to modernize its economy and armed forces. Conversely, Beijing had begun its own reform programs in the 1870’s, but with limited success. When Japan upended the monarchy in Korea, thereby removing China’s vassal, the Dowager Empress CiXi was compelled to respond. Unfortunately the Qing Dynasty’s disastrous defeat marked the first in a series of tragedies over the next fifty years. The 1895 Treaty of Shimonoseki is significant because it ceded Taiwan to Japan and forced China to pay a crippling indemnity: In a broader sense, the humiliation of the Qing Dynasty proved to be a mortal wound.

With the Manchurians having lost power in 1911, the Japanese used the conquest of Germany’s colonies in China during WWI as an excuse to proffer Twenty-One Demands (1916) against China. The agreement would recognize Japan’s control of southern Manchuria and eastern Mongolia, protect Japan’s special industrial interests in central China, and forbid Beijing from giving coastal concessions to foreign states other than Tokyo. Another demand, requiring Japanese officials as minders in all Chinese government institutions, was dropped due to international pressure. Even after having agreed to the remaining demands, China would be confronted with Japanese domination again with the successful invasion of Manchuria in 1931. Japan’s successful conquest encouraged it to move gradually deeper into Chinese territory. Seeing Tokyo’s strategy paying off, Chiang Kai-shek was forced to respond in July 1937. The Marco Polo Bridge Incident marked the start of World War Two in Asia. Despite on-again, off-again partnerships between Chiang Kai-shek and Mao Zedong, China could only slow Japan’s onslaught due to its lack of a unified defense. Incidents such as the infamous Rape of Nanking led to the deaths of 10-20 million Chinese, with some estimates ranging as high as 30 million when including starvation and other causes. When Tokyo was finally defeated in August 1945, Beijing was left crippled by soaring inflation, high rates of malnutrition, and rural and urban devastation.

While the Chinese fought external foes, there was also internal division – a fact that carries equal significance for the CCP leadership today. During the mid-nineteenth century, there were a number of rebellions, none more important than the Taiping Rebellion (1850-64). Led by Hong Xiuquan, a mystic combining attributes from various religions, at its height it controlled one-third of Chinese territory. The rebels’ brutality helped motivate cooperation between the central government and the Europeans, thereby exposing many Han Chinese to European technological and conceptual innovations. The superiority of foreign ideas helped engender a lack of confidence in the Manchus. When the Manchurian Qing Dynasty fell, nationalist leaders such as Sun Yat-sen and Chiang Kai-shek struggled to bring the nation together. Chiang Kai-shek’s efforts would culminate in the suppression of communist forces in the late 1920’s. The conflict between Chiang’s Kuomintang and Mao’s CCP would span over twenty years, leading to a decisive series of campaigns from 1945-49 when Chiang Kai-shek was forced to retreat to Taiwan. The internal divisions resulting from domestic unrest have left a lasting legacy with the continued separation of Taiwan from the Mainland.

Successive administrations in Beijing have sought to use the “Century of National Humiliation” as a means to legitimize the one-party state. During the Mao era, a great number of official and quasi-official statements still promoted the ideals of socialism, albeit with subtle acknowledgement of past struggles. Since Deng Xiaoping’s reform movement, with acceleration after the turn of the century, Chinese officials and media outlets have sought to place China’s struggles in a new light. When it comes to foreign relations, more hard line contingents highlight the tragedies of colonialism and Japanese imperialism to justify certain policies. Specifically, the notion of not forfeiting one inch of territory and that, quite the opposite, China once owned a much larger swath of territory on its periphery – and has a right to reclaim it – is central to the nationalistic rhetoric. Just as important, the same language has been applied to shore up domestic support for the Party. Presenting a multi-party system as a contributing factor to China’s early twentieth century struggles is part and parcel of the larger narrative. Unfortunately, in practice this symbiotic relationship between external and internal motivations make it more difficult for the Party to simply walk away from “Century of National Humiliation” language.

The challenge for the US and its partners in the region is appreciating China’s complex history and the difficulties the CCP now finds itself in while also trying to develop negotiating space. By no means will exploring compromise opportunities be an easy venture. At this juncture, domestic challenges may necessitate that Beijing continue with its use of “Century of National Humiliation” language as a means to promote regime security. Offering transparency and confidence building measures, particularly ones that support economic cooperation for the purposes of resource and market access, as well as reducing misperceptions and misunderstandings vis-à-vis defense issues, would be beneficial. For the time being, allowing the CCP to utilize the trauma of the past, particularly domestic unrest, as a means to legitimize the one-party system may be a necessary evil if that means the Xi Administration can explore economic reforms while also deescalating regional tensions. However, Beijing is undertaking a delicate balancing act that should be monitored. Influencing rhetoric on the mainland will be critical in order to shape China’s future trajectory and escape the shackles of the past.