Home / Opinion / Boston: The Global Fight for Freedom and Democracy is not over

Boston: The Global Fight for Freedom and Democracy is not over

The Boston bombings have reminded us of the fear and destruction that many around the world live in everyday. When freedom in one part of the world is threatened, freedom everywhere is at risk. Let us not stay silent.

Patriots’ Day is the celebration of the first battles of the American Revolutionary War in 1775; the first steps toward freedom and democracy in the American colonies. On Patriots’ Day 2013, we were reminded that the fight for freedom and democracy is not over. There are still those who challenge the principles of this great nation, and seek to destroy the American resolve by spreading terror. When the bombs went off at 2:49pm near the finish line of the Boston Marathon, death and destruction once again plagued the lives of Americans.

It would be easy to get caught up in the fear and depression brought on by the Boston bombings, but as I watched the news footage of that terrible day, something else stood out. In the midst of darkness, there was a glimmer of light.

A new image of the American Patriot is emerging. Unlike the patriots from the revolutionary war, these heroes were not dressed in fatigues or carrying muskets. They were wearing running shoes, jeans, and medical vests. They were the people running toward danger, taking that counter-intuitive choice to put their lives at risk in the hope of saving someone else. Runners, spectators, family members, medical staff, and police officers ran toward the blasts, amidst the smoke and blood. This is the American Patriot. This is the glimmer of light and hope.

More images emerged in the aftermath of the Boston bombings, images of compassion and solidarity from around the world. Women, men, and children from many countries, including Afghanistan, Iraq, and Syria, took pictures holding signs of support for the people of Boston, reminding us all that there are people around the world who live in the horror of terrorism everyday.

In the midst of darkness shines the spirit of compassion and solidarity. Although some may try to instill fear, the world chooses to hope. These pictures remind us that no matter our country of origin, we are all people and we are all in this together. The humanitarian spirit defies oppression by saying “you are not alone; I will stand with you”. The Sunday after the bombings in Boston, the weekly death toll in Syria came in; 566 people were killed that weekin the fight for a democratic nation. Who will stand up for them? Is their freedom worth less than ours?

I respect President Obama. I voted for him. I appreciate that he stands up for “the least of these” in our nation. I also recognize the value of his diplomatic convictions, but diplomacy must never be an excuse for inaction in cases of mass murder. The emerging image of the American hero is one who runs toward danger in the hope of saving someone else. Why are we not running toward the danger in Syria?

The fight for freedom and democracy is not over. The Boston bombings have reminded us of this truth, and have given us insight into the fear and destruction that many around the world live in everyday. As we remember our patriots, let us also remember theirs. The tragedy in Boston showed us that their fight is our fight. When freedom in one part of the world is threatened, freedom everywhere is at risk. Let us not stay silent.

there was no one left to speak out for me.” 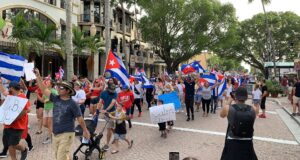 Unfair Punishments For Using The Right To Assemble Peacefully In Cuba 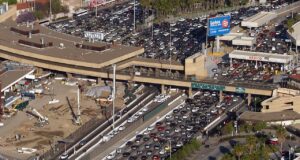