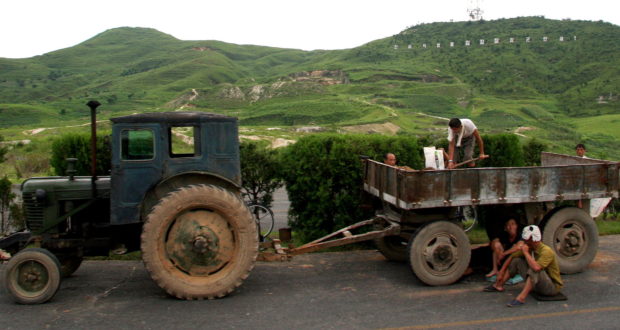 The Price is Rights – the Troubling Realities of North Korea

In May 2019, the OHCHR released a report that concluded North Korea was failing to provide its citizens with a number of basic rights – including an adequate standard of living. Whilst attracting a short bout of attention, the report and its troubling findings were quickly overshadowed by the respective visits of Chinese President Xi Jinping to the state and American President Donald Trump to the Korean demilitarised zone in June 2019.

Whilst not an unexpected turn of events, particularly conscious of the political significance of the respective presidential visits, the OHCHR document is an important resource. Markedly, it provides critical insight and information relevant to the realities and motivations of North Korea.

Entitled The Price is Rights: the violation of the right to an adequate standard of living in the Democratic People’s Republic of Korea, the OHCHR report is the by-product of ongoing initiatives of the United Nations Human Rights Council to monitor and promote accountability regarding human rights in North Korea.

Practically speaking, the paper is divided into four sections which broadly examine the current state of affairs in North Korea. To this end, the first section examines state provision of an adequate standard of living, with a focus on the right to food. The second section assesses the ongoing situation of food insecurity, undernutrition and access to safe water. The third section examines the role of the state in ensuring a safe and secure environment for people to pursue their right to an adequate standard of living outside of direct state provision. In the final section, the issues of corruption, as a consequence of the collapsed public distribution system and an insecure informal sector, are examined.

Utilising witness evidence of 214 North Korean nationals, along with information published by United Nations entities and other international organizations operating in North Korea, the report makes a number of critical findings.

In reaching such conclusions, the document draws distinctions between “the inability from the unwillingness” of North Korea to comply with its international obligations. Correlations between the collapse of the public distribution system in the mid-1990s and the subsequent pursuit by the state of a “Military First” (Songun Chongch’i) policy are also observed and discussed. The report equally acknowledges the limited availability of evidence relevant to North Korea, stating “the full picture of the standard of living in the Democratic People’s Republic of Korea is far from clear due to the paucity of data and other evidence.”

Overall, the report illustrates a number of harsh realities relevant to North Korea – particularly the struggles faced by its citizens – and a number of secondary issues that are tied to them. The paper also offers insight into underlying functions and motivations of North Korea as a state.

For instance, the report highlights the causative relationship between the state’s failings and the extreme circumstances – including arrest, detention, and prosecution – faced by North Koreans in any endeavour to improve their standards of living. Markedly, the publication observes such factors facilitate “…human rights violations, as people are denied due process rights and a fair trial, and subjected to the threat of torture and inhumane treatment during interrogation in prison conditions that fall below international standards.” The report also reveals that such circumstances drive individuals, particularly women, “…into the hands of abusive third parties including brokers and traffickers, as they seek to escape economic destitution”.

Comparatively, the document describes how the military first approach is dramatically influencing economic performance and capacity of both individuals and the state. In this regard, the paper’s findings exemplify a causative relationship between the military first approach – which includes “…the removal and absorption of around one million potentially economically productive young men and women from the workforce” – and drastic decreases in productivity, along with heightened levels of famine. It also challenges the state’s capacity to fulfil its international obligations, and its purported priority of improving people’s standards of living.

The report also sheds light on the numerous practical issues that are tied to the lack of information and transparency available in relation to North Korea. For example, the report observes such factors to hamper “…the ability of the international community to provide adequate and targeted humanitarian and development assistance. Furthermore, it inhibits the people’s own coping mechanisms by keeping them uninformed about worsening food and other shortages…”. They also fuel misunderstandings – and possible miscalculations – relevant to North Korea’s ambitions and capabilities.

Usefully, the 2019 OHCHR report’s findings and the evidence collected as part of its drafting contribute to demystifying the realities of North Korea. The paper also offers useful indicators of North Korea’s stressors and motivators – which are critical in understanding and interpreting the state’s desires and capabilities, along with effective approaches to engagement.

Despite being overshadowed by recent political events and fanfare, the report is an important and practical tool in understanding North Korea. It is also a timely reminder of the importance of balancing rhetoric and reality relevant to a state.