This definition was sorely needed. Every now and then, in the course of human events, something happens that so disturbs the world that it requires a language all its own. The actions of the Nazi regime against the Jewish people will always be remembered as one of the dark atrocities of human history. I admire that the world was able to recognize the extent of what was done to the Jewish people, and to acknowledge that it demanded an extraordinary response. I also admire that this definition was extended to the genocidal events that had occurred before WWII, which the world had wrongly overlooked.

The problem I see with the UN’s definition of genocide is that it is significantly limited. While the definition does a good job in bringing to light the differentiation between the murder of masses and mass murder directed at a particular group, it fails to take into account one important factor of what constitutes a group—gender. Because of this oversight, the term “genocide” is not officially used to describe what is being done to women and girls. The UN acknowledged nationality, ethnicity, race, and religion as factors important enough to constitute a group that may be targeted by extreme prejudice resulting in mass murder, but it fails to include gender—the one factor that has led to the largest continuous genocide of the last 200 years.

Although “genocide” is not commonly used to describe this atrocity, another word has emerged. Mary Anne Warren described gender-selective mass killings as “gendercide,” a term that “calls attention to the fact that gender roles have often had lethal consequences, and that these are in important respects analogous to the lethal consequences of racial, religious, and class prejudice.” [11] Although this term was well defined and is now commonly used, it fails to capture the absolute devastation that has happened. “Gendercide” simply defines the selective mass murder of females as one category of “mass killings,” a classification the UN deemed too ordinary to accurately describe past genocides. “Genocide” exposes the root problems of group murder and condemns even the intent to destroy a specific group.

The gender-targeted mass murder of women and girls should not be considered any less of an outrage than the mass murders of racial, ethnical, national, and religious groups. The definition of genocide should be amended to include gendercide.

In most of the world, the word “genocide” stirs minds and hearts because it conjures up images and memories of the most horrific atrocities in our history. The weight that comes with that term might just be what is needed to spur the world into action once again. Our track record with addressing the crime of genocide is marred. Let us not fail once again to extend justice in times of urgent need. Normal, everyday language lacks the emotional weight necessary to appropriately describe this humanitarian crisis against women.

Something more is needed, something that reminds the world that evil still exists and that intervention is mandatory.

When more than 100 million women are missing from the world, intervention is not a choice. [12] Intervention is morally required from every country that claims to value human life. Let us call this humanitarian crisis what it really is, and let us join in the fight to end it.

There is a genocide happening today. For women, to live has become a privilege, to know a life free of violence has become a dream, and to joyously declare, “It’s a girl!” has become a memory. Millions of voices, those smothered and those never given the chance to speak, are silently crying out to be remembered, to be known. It is a chorus of the oppressed, singing out from the grave. Genocide is happening now. Can you hear it? 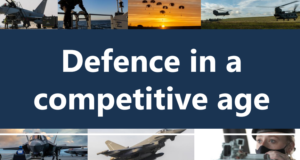 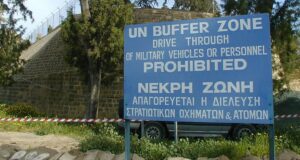