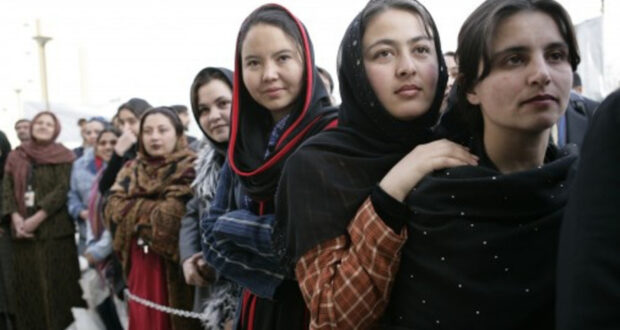 Dangers of being an activist

The previous Taliban regime in Afghanistan crumbled in 2001. In what was described as a significant improvement in women’s rights after the fact, many women flourished and joined public life. With this emancipation process, millions of women were in education and representation in the political, social and economic climate skyrocketed. However, since the Taliban takeover in August 2021, women have taken to the streets to protest and push back against the sexist regime now slowly taking over the nation. While everyone is guaranteed freedom of assembly and association as a part of jus cogens law, the brave women of Afghanistan have not been so lucky. These protests are a reaction to the regressing of women’s rights within the State and many sectors have been hit. For those in employment, many women have been banned from returning to work, only those in healthcare and education are currently allowed to work. Those in education face similar difficulties: with full segregated classes and the now lowest school attendance since 9/11, young women are being denied the education they fought so hard for. In relation to reporting on the Taliban, those in the media have been persecuted beyond anyone else. Many journalists fled, many were beaten and many were forced not to report on what was truly happening.

Most recently, six female protesters have been abducted, supposedly due to their involvement with the women’s rights movement. The abductions came after a peaceful protest on 16th January. One of the missing activists, Parwana Ibrahim Khil alongside her brother-in-law have not been seen since 19th January. Another activist, Tamana Paryani, has not been seen since the evening of January 16th. Paryani was abducted alongside her three sisters as the Taliban raided houses looking for protesters. These female activists are not alone regarding mistreatment or forced disappearances at the hands of the Taliban. Taliban forces have pepper-sprayed female protesters, banned unsanctioned protests and beaten protesters with batons and whips. Another protester, Mursal Ayar, was arrested and has subsequently disappeared from sight after taking part in a string of protests similar to Ms Paryani and Ms Khil.

There is currently a systemic campaign of enforced disappearances being made against female protesters. These actions are governed by the Convention for the Protection of All Persons from Enforced Disappearance (CED). The disappearances have a systemic nature as they are currently related to a single cause, that being the protesting against the Taliban for women’s rights. As well as Ms Paryani and Ms Khil, another protester and official prison officer, Alia Azizi, is currently still missing. An official investigation has supposedly been launched concerning Ms Paryani and Ms Khil, yet since their disappearance almost a month ago, the de facto authorities have released no information regarding their investigation or the missing protesters’ whereabouts. Ms Azizi has been missing for months after the Taliban takeover of the Herat region. She had been given an amnesty guarantee of safety letter by the Taliban the day they took over Herat. After many pleas from Ms Amizi’s family, the Taliban has not launched any investigation into her whereabouts. Phone records show Ms Amizi’s last source of contact was with the Taliban’s Head of Herat prison where she was employed. All those who are missing are owed not only the right to not be a victim of enforced disappearance but also a right to a thorough investigation regarding any enforced disappearances under the CED.

This Article deems the systemic practice of enforced disappearances as a crime against humanity. This international crime is codified in the Rome Statute in Article 7 (i) regarding enforced disappearances and (h) concerning the persecution of identifiable groups, such as sex. It is clear that the Taliban, whether they publicly admit this or not, is enforcing the disappearance of women’s rights activists within Afghanistan. This is partially verified through a video of Ms Paryani taken moments before her abduction, screaming in distress as the Taliban force their way into her home. Witnesses claimed they saw the Taliban banging on the door, ordering Ms Paryani to come out, the Taliban explains this is only “manufactured drama”.

This Article states that each State party and their de facto authorities shall investigate acts that constitute an enforced disappearance. Claims that the Taliban are investigating the cases of Ms Paryani and Ms Khil are hollow as no evidence or progress has been made public regarding their disappearance. From this, no definitive claim can be made that the Taliban, as the current acting government of Afghanistan, have breached this obligation. However, the case of Ms Azizi could not be more distant. Informal efforts have been made to garner some form of investigation into her disappearance, yet these efforts have proved fruitless. Moreover, Ms Azizi has been missing since 2nd October. At the time of writing, this is 137 days since her disappearance, without a single piece of information provided by the Taliban. This ultimately confirms that they are not conducting any formal investigation into the disappearance of Ms Azizi, in violation of Article 3.

This Article states the State parties must undertake the following with regards to eliminating sexual discrimination:

is clear that the Taliban regime is in clear violation of all mentioned sections of Article 2. Equal protection before the law has been squandered by the attacks on protestors, enforced disappearance of protesters and revocation of the right to work for many sectors. Equal protection has not been enforced regarding the poor investigation efforts made on behalf of the Taliban with reference to Ms Azizi, Ms Paryani and Ms Khil. The current Taliban regime offers not equal treatment between men and women, but a level of deteriorating treatment towards not only those women who protest, but those who work.

Public accountability of the de facto authorities for the Taliban regarding discrimination has fallen short of amicable. The Taliban are accused of committing the offences towards women, as they hold primary government control, they are the default competent authorities as well. While the Taliban’s spokeman Zabihullah Mujahid has openly stated that the Taliban will respect women’s rights and allow them to work, no framework has been established to ensure this.

Appropriate measures to eliminate discrimination again, have not been made. As asserted prior, comments made by the Taliban provide some hope that perhaps the State would continue in it’s more liberalized sense. This closely relates to the codification of egalitarian legislation and the removal of elitist legislation as an appropriate measure. Sadly, neither have happened. The Taliban have made clear that the only legal and political system that will govern Afghanistan is Sharia law. The Taliban take their interpretation of Islamic law from the Deobandi strand of Hanafi jurisprudence, most prominently seen in Pakistan and India. This belief system strongly opposes all non-Islamic ideas, and believes Sharia is the only path to salvation. Before the Taliban lost control of Afghanistan in 2001, they implemented many of these ideas into the legal system. A lot of them related to restrictions surrounding women, some of which have been seen the past year. Notable examples are; women being covered from head to toe, they were not allowed to work, expect in limited circumstances, they were barred from education, they were not allowed to leave their homes unless accompanied by a male relative, they could only use segregated public transport and they could not be on the street with a non-male relative. These 2001 implementations sadly echo many instances in 2022, in particular, the barring from education and unaccompanied travel.

Article 10’s preamble requires the State party to take all appropriate measures to ensure the elimination of discrimination against women and to afford them equal rights within the field of education. Since the takeover, girls above the age of 12 have not been allowed to go to school and universities have had to segregate their classes. Before August 2021, there were no legislative directives in place that barred access to education for women. Because of this, all 34 provinces of the state had girls in education, now only 7 provinces have this. This limit on access to education was further magnified by the announcement of a review of all subjects to be taught within Afghanistan, conclusions from the Taliban have not yet been made.

These restrictions have not just affected those being educated, but also the educators. Manizha Ramizy, a lecturer in Psychology, Social work and Child Rights Protection Studies at Kabul University has voiced her concerns. Ramizy worked hard to include important topics at Kabul University, she successfully fought to have human rights taught as a default subject within the Psychology and Sociology faculties. Moreover, she was a loud voice with the Centre for Legal Studies in Afghanistan, whom which she helped establish. She again successfully got human rights to be included as an integral part of the curriculum so that all university students were made aware of their fundamental rights. Ramizy says that after the takeover, the university system has almost entirely shut down. Women have been banned from attending university, she and fellow lecturers have been banned from teaching, the universities have been totally segregated and no salaries are being paid to any of the female teachers.

This lack of job security has collateral effects on women’s employment rights under Article 11 (c,d). There paragraphs relate to the right to free choice of employment (with job security as a key criteria) and the equal treatment and renumeration for work done. Both job security and remuneration are under threat from the Taliban’s new impositions. Job security within the education sector has been eliminated as per Ramizy’s testimony, and the financial security guaranteed through Article 11 is now non-existent. Not only are the women being denied fundamental rights under Article 44 of the Afghanistan constitution relating to balanced education for women, but also under CEDAW, a document that’s implications cannot be ignored.

Overall, the state of women’s rights in Afghanistan over the past 7 months has been nothing short of a reversal to pre-2001 Taliban ideology. Not all hope is lost, but promises from the Taliban to employ a new system that will supposedly uphold women’s rights is yet to be seen. However, if this system mirrors the constitutional guarantees of the state rather than the Sharia based ideology they worship, women’s rights could eventually return to an egalitarian state, however slim a chance this may be. Until further developments, the women of Afghanistan will continue to life in an oppressive state under the Taliban.

2022-03-01
Sam Biden
Previous: Unfair Punishments For Using The Right To Assemble Peacefully In Cuba
Next: Putin vs. the World