Home / HSC in the Media / HSC Executive Director in the Evening Standard: ISIS must be completely obliterated 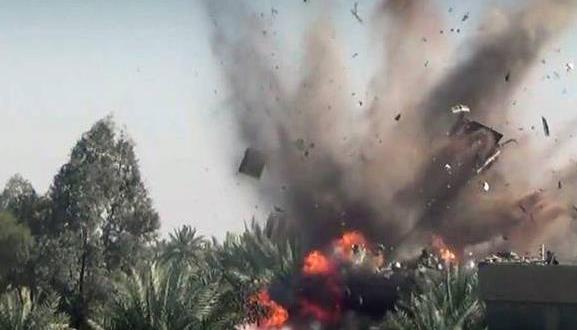 HSC Executive Director in the Evening Standard: ISIS must be completely obliterated

On 16th September, 2014, the HSC’s Executive Director, Julie Lenarz, was asked to comment on the situation in Iraq by the Evening Standard.

“We welcome the Prime Minister’s announcement that the government will take whatever steps necessary to confront ISIS. It is our view, however, that a military solution is needed to adequately deal with the terrorist group that now roughly controls an area the size of the UK. ISIS is not only a threat to the integrity of Iraq and Syria, but to the wider region and beyond. 15,000 foreign fighters from over 24 countries are slaughtering on behalf of them.

Now is the time when we should stand shoulder to shoulder with our NATO partners and a broad coalition of nations from the region against a common enemy. The UK has a moral obligation, as well as strategic interests, in joining such an alliance. We appreciate that the government is wary after the Syria vote last year. But whilst parliamentary approval for a military campaign in Iraq would be desirable, it is not required. The US has taken the lead in conducting airstrikes against ISIS strongholds and we would strongly encourage the government to widen its campaign and participate in the US-led mission.

ISIS is the epitome of evil and inhumanity. The sheer ease with which they torture, rape, behead and crucify is deeply frightening. In the face of such appalling mass atrocity crimes, which range from crimes against humanity to ethnic cleansing, we cannot understand how just a humanitarian and intelligence operation could be deemed a suitable response. If a government is unable or unwilling to safeguard its population, it is the responsibility of the international community to protect the unprotected people. Evil cannot be tamed or contained. ISIS must be completely obliterated.”

2014-09-17
Julie Lenarz
Previous: HSC Executive Director on BBC Radio Drivetime: Foreign policy is not the root cause of Islamic extremism
Next: Boko Haram threat grows as Cameroon comes under pressure