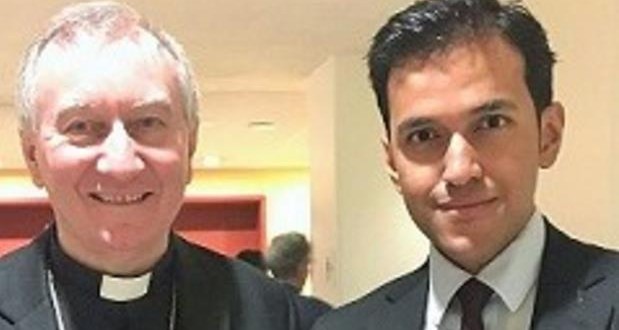 On September 20th, Human Security Centre Director Dr. Dwayne Menezes attended an event at the UN Headquarters in New York at the invitation of the Permanent Observer Mission of the Holy See to the United Nations, the Pope’s Ambassador to the UN.

The event, titled ‘Upholding the Responsibility to Protect: The Role of Religious Leaders in Preventing Atrocity Crimes’, featured a keynote speech from Cardinal Pietro Parolin, Secretary of State of His Holiness Pope Francis, as well as from religious leaders from Islam, Judaism and others.

Dr. Menezes, who has a special interest in this field, having researched Christianity for his PhD, took part in discussions with religious figures and government officials on important questions such as:

– How can religious leaders and actors work together with governments and other institutions to help them fulfil their Responsibility to Protect and to promote inclusivity, dialogue and respect for diversity?

– During times of crisis what can religious leaders do to protect religious minorities within their communities?

In addition he had an opportunity to discuss the HSC’s work with the European Parliament on religious freedom with His Eminen Cardinal Piertro Parolin, Secretary of State for Pope Francis. 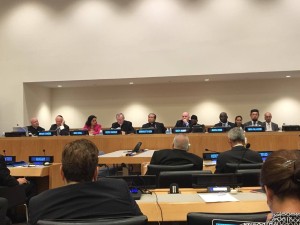 “It was an honour to have been invited by His Holiness to take part in such an important discussion with key influencers from several religions and many governments.

The HSC believes that religious leaders, as influential people in society, have a vital role to play in promoting understanding and neighbourly spirit between communities, to help prevent mass atrocity crimes where possible, and to protect the vulnerable where prevention has failed.

We look forward to being able to continue our engagement with the UN, member state governments, and the Holy See on this important issue.”

religious freedom UN United Nations 2016-09-20
admin
Previous: Next Steps in the South China Sea: What to do After Victory
Next: US Nuclear Weapons in Turkey: Obsolete and dangerous?