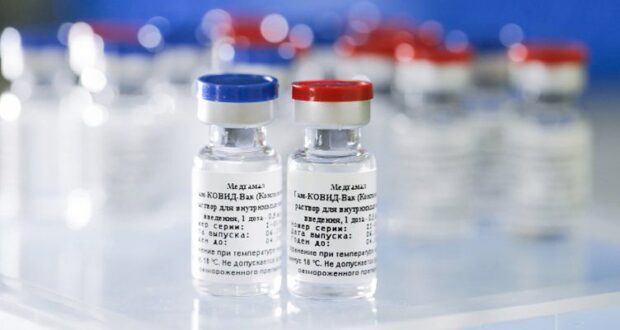 As COVID-19 vaccination programmes are already well underway in some of the world’s highest-income countries, many low- and middle-income countries are yet to begin mass vaccination. The World Health Organisation distributed the first doses under its COVAX vaccination-sharing scheme on 1st March, as disputes about supply rumble on in the European Union, the United Kingdom and the USA, while WHO Director General Tedros Ghebreyesus warned of the global risks of vaccine nationalism.

With over 190 countries signed up, the wait for COVAX vaccinations is likely to be long, and the scheme will only provide doses for up to a fifth of receiving countries’ populations. This means that in order to fully immunise their populations, participating countries must look elsewhere to top up their supplies.

On the borders of Europe, this process has been fraught with geopolitics, centring in large part around the Russian-developed Sputnik V vaccine, as the complementary and opposing examples of Belarus and Ukraine demonstrate.

Belarus: all eggs in one basket

Although the personal relationship between Lukashenko and Putin has been fractious following the wave of national protests sparked by presidential elections in August 2020, Belarus remains one of Russia’s closest allies, and the Kremlin has been keen to cement its influence with Minsk. Maintaining control of Belarus’ vaccination programme seems to be the latest tool to achieve this.

After Russia itself, Belarus was the first country to roll out the Sputnik vaccine to its population: its vaccination programme was launched in December 2020, just weeks after Russia’s, and a month before the release of trial data showing the effectiveness and safety of the vaccine.

Although Belarus has taken delivery of 100,000 donated doses of the Chinese-made Sinovac (which is still in the third stage of clinical trials), Sputnik remains the only vaccine in use in the country’s national programme. Belarus has not signed up to participate in the COVAX scheme, and seems not to have sought to procure any alternative vaccines from other suppliers.

Instead, its efforts to increase its vaccine supplies centre on an initiative to manufacture the Sputnik vaccine at home, with technical and financial support from Russia’s sovereign wealth fund, the Russian Direct Investment Fund (RDIF) and technology provided by Russian pharmaceuticals firm Generium. In February, Belarusian healthcare minister Dmitry Pinevich told reporters that the first batch had been produced.

The use of the Sputnik vaccine in and of itself is not problematic: early fears about the its safety and effectiveness have largely been allayed thanks to the encouraging trial data and the successful initial stages of the rollout. In fact, given that it is around 92% effective, can be stored at normal refrigerator temperature and only costs $10 per dose, it is emerging as one of the most promising vaccines on the market.

What may prove problematic is Minsk’s exclusive reliance on Russia’s support to deliver the vaccine – whether as a supplier, or as a funder and supporter of Belarus’ initiative to manufacture the vaccine itself. This point is even more salient when we take into consideration ongoing trials to establish whether the COVID-19 vaccines in general, and the Sputnik vaccine in particular, provoke a better immunological response and respond better to emerging variants of the disease when combined. The key here is likely to be diversification – something which Belarus does not yet seem to be planning for.

At the opposite end of the spectrum, Ukraine has formally banned any Russian-made vaccines from gaining registration in the country, on the grounds any vaccines produced “in a state recognised by Ukrainian parliament as the state-aggressor” are not to be permitted. In February, Prime Minister Denys Shmyhal accused Russia of using its vaccine as a form of “political propaganda” and a “tool for influencing” the country’s secessionist Donetsk and Luhansk regions. Similarly, deputy Prime Minister Olha Stefanishyna called the vaccine “20% medical treatment and 80% hybrid threat and propaganda”.

This is hardly surprising: since the outset of the conflict, Russia has maintained a strong influence over Donetsk and Luhansk without ever formally recognising their independence. Most notably, residents in the regions are eligible for Russian passports, and the Kremlin allows the Russian rouble to be used as formal currency there. Many have seen moves like these as an attempt to undermine the Minsk peace process and artificially prolong the conflict.

Some commentators have seen Russia’s offering of the Sputnik vaccine to residents in the conflict zone as part of the same phenomenon – a tool of information warfare designed to create instability in Western Democracies – including European Commission President Ursula von der Leyen.

At the same time, however, it is important to consider the practical needs of people in the conflict zone. Kyiv has committed to providing citizens in the occupied territories with vaccines, but has not provided details on how this will be implemented. Access to healthcare in the region is limited even outside the context of the pandemic, due to acute shortages of healthcare workers, equipment and facilities. This has been severely exacerbated by the closure of border points which previously allowed residents to travel back and forth for work, to visit family, access healthcare or to claim pensions.

Kyiv’s efforts to secure vaccine doses elsewhere have also been marred by problems and delays. Negotiations to source vaccines directly from the EU failed, as did talks to obtain vaccines from the USA after the outgoing Trump administration banned exports of vaccines in January. Kyiv did eventually secure contracts for AstraZeneca, Pfizer, Novavac and Sinovac vaccinations – sufficient, together with the 8 million doses expected through COVAX, for around 50% of the population – but the resultant delays were severe, with the very first batch of 500,000 doses only arriving in the country on 23rd February. Since then, around 23,000 Ukrainians have received their first dose of the vaccine, at a rate of around 4,000 per day – only 40% of the government’s daily target.

It is undeniable that geopolitics have impacted the provision of COVID-19 vaccines the world over – not just in Eurasia. Moscow’s communications around the Sputnik vaccine, and its campaign to deliver it in its region of influence, including in the region’s contested territories, bear all the hallmarks of information and hybrid warfare. At the same time, it is hard to justify denying citizens – many of whom are extremely vulnerable – access to a vaccine which is cheap, safe and effective, particularly in the absence of other options. The pandemic is a global problem, which requires global cooperation to resolve.

2021-03-24
Judith Fagelson
Previous: The Value of Negotiation in Settling International Disputes Between States
Next: The New UK Defence Paper has mixed implications for the US

Judith Fagelson is a Junior Fellow with a particular interest in the human rights and development implications of territorial conflicts in the Former Soviet Union. She holds a Bachelor’s degree in French and Russian and an MSc in Russian, East European and Eurasian Studies. She currently works as a Programmes Officer for World Jewish Relief, the UK Jewish community’s humanitarian and development agency, where she supports the management of health and social care projects in Ukraine, Belarus, Moldova and Georgia. She also translates part-time for Rights in Russia, a charitable organisation dedicated to providing anglophone audiences with information about human rights in Russia.