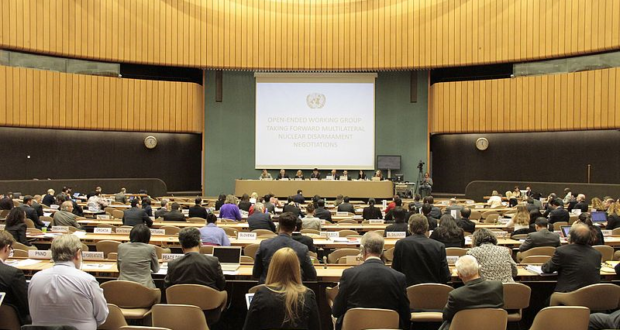 On 7 July 2017, a new international treaty was adopted – the Treaty on the Prohibition of Nuclear Weapons (TPNW). Despite representing a significant development for the international community in terms of nuclear policy and international law, the adoption of the TPNW attracted little attention and quickly faded from populist headlines. Noting 2017 saw many other significant events, including multiple nuclear tests by North Korea, it is unsurprising that the TPNW was sidelined. However, with it nearing a year since the treaty was adopted, now is a timely opportunity to examine the significance of the TPNW and its anticipated impact upon the management and regulation of nuclear weapons.

By way of background, the TPNW was negotiated in the General Assembly of the United Nations between 27 – 31 March 2017 and 15 June – 7 July 2017, respectively. Despite boycotts by nuclear weapon states, the negotiations were concluded within their prescribed timeframes. On 7 July 2017, the TPNW was formally adopted by the General Assembly with a majority vote of 122 to 1.

Significantly, the TPNW’s 20 articles espouse strict and universal prohibitions against the use, threat of use, development, testing, production, manufacture, acquisition, possession and stockpiling of any nuclear weapon or nuclear explosive device. Hallmarking its ties with the humanitarian initiative – which seeks to centralise debates surrounding nuclear weapons upon their catastrophic and indiscriminate effects rather than their military power – the TPNW also enshrines various provisions which outline means for nuclear disarmament and remediating the environmental and humanitarian issues associated with nuclear weapons.

Since opening for signature in September 2017, the TPNW has gained some traction. To date, 9 states have ratified the TPNW – Austria being the most recent – and a further 57 states have signed it.

Whilst a positive trend, the TPNW requires ratification or ascension by 50 states to enter into force. As such, it is unlikely the treaty will become an active or enforceable international instrument in the short-term future. That being said, should current patterns of ratification continue, it is foreseeable the TPNW will enter into force within the coming decade.

‘Entry into force’ and ‘ratification’ are important factors in considering international treaties. Practically, they dictate when a treaty becomes enforceable (entry into force) and which states intend to be bound by it (ratification). Importantly, until a state has ascribed (ratified or ascended) to a treaty it is not bound by it or any of its provisions.

Appreciating this, the objections and avoidance of the TPNW by nuclear weapon states can be seen as a calculated manoeuvre. The recognition and adoption of the treaty by non-nuclear weapon states – particularly those that engage in nuclear sharing and/or rely on nuclear guarantees – must also be recognised as heavily influenced by pre-existing security agreements and the strict obligations of the TPNW. For example, despite actively supporting and participating in negotiations for the treaty, the Netherlands voted against the adoption of the TPNW as it was incompatible with its NATO obligations.

Acknowledging these factors, it is reasonable to ask why advocates of the TPNW are so confident in its power – what difference does the treaty really make if those that possess nuclear weapons are not bound by it? In short, the TPNW was not designed as a quick fix, but rather as an instrument to alter the legal matrix in which states ascribe value and utility to nuclear weapons. To this end, whilst nuclear states inter alia argue the treaty is ill-suited to the realities of the international community, proponents of the TPNW argue it offers a powerful alternative to a world in which threats of mass destruction are permitted.

Beyond subscription and enforcement, the drafting of the TPNW also triggers a number of potential issues. For example, despite the TPNW’s sweeping disarmament and non-proliferation objectives, it offers little in terms of verification and implementation. As evidenced in the implementation of comparative legal instruments that ban biological and chemical weapons and multilateral initiatives like the JCPOA, verification is a critical test in managing weapons of mass destruction. Without including measures regarding verification, reality sharply indicates states often fall short in meeting their obligations to act in good faith or in accordance with overarching objectives. Furthermore – and as exemplified by the political stalemates that have plagued the Conference of Disarmament and the NPT Review conferences – reliance on good faith alone is a hazardous and at best hopeful strategy in nuclear policy and decision making.

Looking to the Future

Noting the TPNW fills many of the legal gaps relevant to nuclear weapons under international law, it would be reckless to suggest it is a negative development or that it is unlikely to have any impact upon nuclear policy and decision making. Moreover, appreciating the inherent and indiscriminate dangers associated with nuclear weapons, a shift in the global consciousness to acknowledge such factors and the need to mitigate them is far from negative. However, the positivity and significance of these factors must be balanced against the realities of the international community.

Critically, states that possess nuclear weapons were not amongst those that developed or adopted the TPNW. Moreover, appreciating the current climate of the international community, it is naive to assume that such states will ascribe to the treaty in the near future or that they will support its evolution into customary international law. As a consequence, the TPNW is inherently restricted and loses much of its practical gusto.

That being said, the TPNW should not be dismissed as a dead letter of international law. The treaty only requires 50 states to ratify or accede to it to enter into force. As evidenced by the gradual subscription to the TPNW, it is gaining legal traction. It is also being increasingly welcomed by states as a key resource in regulating and mitigating the issues associated with nuclear weapons. For example, counterbalancing the behaviours of nuclear states during the 2018 Preparatory Committee for the 2020 Nuclear Proliferation Treaty Review, a number of delegations described the TPNW as a mechanism to strengthen the NPT and called upon the Chair of the meeting to offer a more balanced reflection of the TPNW.

Appreciating these factors, both the caution and praise being attracted to the TPNW are well placed – the treaty is neither a quick fix or a misplaced legal development. Looking to the future, the international community can utilise the TPNW as a mechanism to enhance the global conscious regarding the dangers associated with nuclear weapons. It can also be used as a tool to motivate states to adopt alternative means to mitigate the threats of nuclear weapons in the short term. However, for this to occur the international community must equally acknowledge, examine and anticipate the direct and secondary effects of the TPNW. Failing to do so will only serve to exacerbate the current problems and tensions that plague the non-proliferation regime and broader nuclear diplomacy and nuclear decision making. 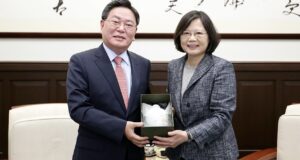