Turkish President Recep Tayyip Erdogan emerged as the main winner of the June elections, narrowly avoiding a run-off in the presidential vote and maintaining a legislative majority in the parliamentary one. His victory means that Erdogan will be presiding over a Turkey where virtually all checks and balances have been eliminated, and under the new constitution he could potentially hold power until 2028. One of the few bright points for those who oppose the Turkish president is that the he faced a tougher battle than expected to obtain his victory. But converting the very real opposition to Erdogan’s rule into future electoral success will be an uphill struggle for his opponents.

With 53% of the votes won, Erdogan is set to become Turkey’s first executive president, in line with the constitutional changes approved in last year’s referendum. This means that he now has the power to appoint vice presidents, ministers, high-level officials and senior judges, dissolve parliament, issue executive decrees, and impose a state of emergency. The post of prime minister has also been abolished, and the monitoring role of the parliament removed. Crucially, President Erdogan can now declare war and intervene in Turkey’s legal and financial systems – the set of powers that he most needs to refrain from abusing.

For Erdogan, the executive presidency is the culmination of his political work in the last fifteen years, therefore it was evident that he was not going to allow anyone to take it away from him. The voting day was marred by irregularities, fraud and voter intimidation, with European observers banned from polling stations across the country. The state of emergency coupled with near-complete control of the media also gave the ruling party an unfair advantage during the campaign, and the limited airtime given to the opposition restricted their ability to make their voices heard. The presidential nominee of the Kurdish rights People’s Democratic Party (HDP) – Selahattin Demirtas – campaigned from behind bars, which is where many journalists critical of the Turkish leader can also be found.

With over 160,000 people dismissed or detained in the aftermath of the 2016 coup attempt, fear of retribution is likely to have played an important role during the elections. The day before the voting took place, six people were arrested for allegedly insulting President Erdogan, which under the emergency rule is a crime punishable by up to four years in prison. As he has proven in the past two years, Erdogan does not shy away from taking aggressive measures against those who disagree with him and his actions – and in between the lines of his victory speech, Erdogan has made it clear once again that those who are not with him are against him.

The 87 percent turnout, however, makes it difficult to dismiss the results as fraud, particularly in light of the efforts made by some Turkish people to reach the ballot boxes. Main opponent Muharrem Ince himself declared that the AKP could not have stolen ten million votes, and the result was accepted with less protest than that of the 2017 referendum. The reality is that, despite two years of mass arrests and purges, the people of Turkey continue to be split down the middle politically, and Erdogan enjoys a popularity that has been little affected by his decisions and actions. The economic growth experienced by Turkey last year, along with anti-European sentiments and approval of his preference for traditional values, have turned him into the voice of the religious and nationalist half, who want to see their country returned to its former power and glory.

The outcome of the June elections is unlikely to change Turkey dramatically in the short-term, as the shift to an executive presidency under the Justice and Development Party (AKP) represents far more of a natural continuation of the past two years than a win from the opposition would have done. Erdogan has been holding similar powers since 2016, the main difference being that his monopoly over the country can now be justified with a reference to his democratic wins. In terms of Turkey’s external orientation, moreover, the AKP only won a parliamentary majority as part of the People’s Alliance, a coalition bloc with the far-right Nationalist Movement Party (MHP), whose support is contingent on the leadership maintaining an anti-Western and anti-Kurdish rhetoric and practice.

The resolve to continue on an Eastern path was re-iterated with Turkey’s acquisition of a Russian missile defence system, a move which is likely to be met with sanctions on the part of the United States. As Istanbul is a strategic NATO partner, however, and one whose cooperation on migration, terrorism and the war in Syria is crucial, the West can do little more than that.

A faint glimmer of hope did emerge during the elections, and showed that change can still come from within. When Erdogan called for snap elections in April 2017, there was little reason to believe it would not be a sweeping victory for him and his party. In spite of all the hurdles and difficulties, however, the once fragmented opposition ran an impressive and surprisingly successful campaign, and presented a united front against the AKP. Muharrem Ince of the main opposition Republican’s People Party (CHP) – who came second with just under 33 percent of the votes – organised rallies in the run-up to the elections that drew audiences of hundreds of thousands, and the Kurdish rights People’s Democratic Party (HDP) joined parliament with 67 seats. The opposition now holds the key to the majority needed for any referendum on a constitutional change, as the People’s Alliance is short those 17 votes.

A further sign that it is the internal rather than the external that deserves the focus of attention relates to Turkey’s economy and economic future. Under the new rules of the game, Erdogan has increased his involvement in Turkey’s financial system, and has even announced a curtailing of the central bank’s independence. Turkey’s debt-ridden economy, however, is in danger of overheating, and the declining currency and double-digit inflation are already being felt by consumers in the form of skyrocketing food prices. Erdogan’s growth-focused monetary policy may soon reach its boiling point – and a quick fix will only make matters worse in the long-term.

Nearly one hundred years after its creation, present-day Turkey seems far closer to its Ottoman form than founding father Mustafa Kemal Ataturk’s vision for the country. What is more, the results of the June elections appear to have sealed its fate and ensured that its slide back to a violent and unstable past has reached the point of no return. A closer look, however, reveals the cracks in the near-authoritarian system, out of which the light of democratic hope can be glimpsed. Change can be slow in coming, but it is ultimately inevitable – after all, even the Ottoman Empire did not last forever.

2018-07-08
Irena Baboi
Previous: The Iran Deal and the Singapore Summit – the good, the bad and reality
Next: Trump’s Phantom Africa Policy 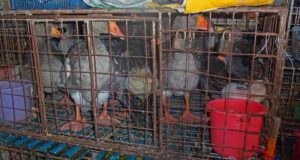 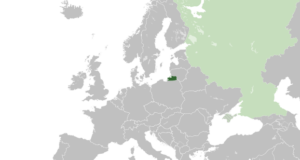 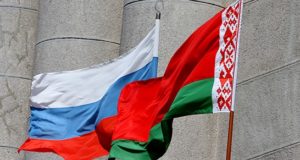