On November 8th, Prime Minister Narendra Modi announced the immediate withdrawal of Rs. 500 and Rs. 1000 banknotes, or 86% of the currency in circulation. As the rest of the world was glued to the election victory of Donald Trump, Indians watched Modi’s live announcement of ‘demonetisation’ to counter the black economy and terrorism in an hour-long speech full of nationalistic appeals. The Defence Minister hailed it as a ‘surgical strike’, a term that has become synonymous in the media with the Modi government’s supposedly efficient and ruthless policy on Pakistani-funded terror, ever since the government carried out overnight border strikes on Pakistan in response to a terror attack on a military base in late September.

Money is not just a unit of transaction, but also the foundation of trust, wealth and coexistence between individuals in a society. During the counterfeiting crisis in Britain in the late 17th century, the philosopher John Locke argued for a currency based on an intrinsic value since he viewed money as a vital symbol of trust in government. At that time, currency counterfeiting was defined as an act of ‘treason’ against the Crown, punishable by drawing and quartering. Following a similar line of reasoning, the Indian government has in the past proposed to legally classify counterfeiting as an act of terror against the state.

Indian currency is heavily counterfeited. A study by the Indian Statistical Institute estimates that 25 out of 100,000 Indian notes are counterfeited, with over $10 million of counterfeit currency entering the country every year – almost one-sixth of the total currency in circulation at any point of time. Internal counterfeiting is crude at best, and yet often escapes surveillance in the undocumented maze of the informal economy. Externally, India’s National Investigation Agency (NIA) has uncovered an international counterfeiting ring responsible for near undetectable counterfeit currency. It alleges that technology used to produce such sophisticated fakes can only be available to a nation-state – namely, Pakistan.

The NIA claims that Fake Indian Currency Notes (FICN) are printed in major government-operated presses in Karachi, Peshawar, Quetta and/or Lahore since forensics reveal that the paper quality matches that of Pakistani currency. FICN enters India through various transit nodes – Nepal, Bangladesh, Thailand, Dubai and Hong Kong. Pakistan is hence waging economic warfare against the Indian state, in a similar vein to the currency counterfeiting programmes of North Korea and Iran against the US dollar. Pakistani counterfeiting aims to raise inflation rates, fund terrorism and reduce confidence in the currency. Regular terrorism raids in Bangladesh and India uncover large stashes of fake currency produced in Pakistan along with explosives and other paraphernalia. Every year, increasing amounts of fake currency are seized at the open border with Nepal. The Diplomat reports that Pakistani nationals were involved in 48% of fake currency cases in Thailand, Malaysia, Myanmar and Sri Lanka.

The unholy nexus between terrorism, Pakistan and fake currency entered public discourse with the trial of David Coleman Headley, one of the chief organizers of the Mumbai terror attacks in 2008 carried out by a terror outfit named Lashkar-e-Taiba (LeT), from Pakistan. This February, Headley testified that he had received $25000 worth of fake Indian currency from an agent named Major Iqbal working in Pakistan’s national spy agency, the Inter-Services Intelligence. It remains a crucial piece of evidence towards Pakistan’s official involvement in the terror attacks.

More recently, an article in a leading national daily reported that the rates for fake Indian currency had shot up from Rs. 25000 to Rs. 35000-38000 per Rs. 100000 (prior to demonetization) at the Indo-Bangladesh border as the Bangladeshi government carried out operations which killed senior commanders and terrorists of the Jamat Ul-Mujahideen Bangladesh (JMB) responsible for the Dhaka terror attacks that shook the country in July. This indicates that terrorist organisations and their linked counterfeit-currency syndicates on the Indo-Bangladesh border are struggling to stay in business as both the Bangladeshi and Indian governments crack down on terrorism and enhance border security.

The border town of Malda, long dependent on cattle smuggling, opium trade and fake currency dealership, has come to a near standstill following the demonetisation measure. India’s Border Security Force (BSF) has stepped up its presence near the town to detect any counterfeiting of the new Rs. 2000 currency notes. So far, only a few cases of crude, domestic counterfeiting have been detected. However, it will only take a few months for the government presses in Pakistan to begin printing the new currency notes.

Hence, another long-term solution could be to address those channels that enable the transport of fake currency within and outside the country. Terrorist financing is at its most vulnerable during the transport stage, especially when made in bulky cash. Fake currency trade is often based on hawala transactions where two third party dealers make a transaction on the behalf of their customers. Dubai is a major hub for hawala transactions, where terrorist financing and counterfeit currency trade escape unnoticed within millions of legitimate transactions. International measures to restrict hawala trade and develop alternative channels need to be stepped up through the hitherto weak Financial Action Task Force (FATF), an organization set up to address money laundering and counter-terrorism financing which India joined in 2010, and the UN Security Council. Terrorists also use non-cash holdings such as gold – since carrying large quantities of the yellow metal is not altogether suspicious in the South Asian cultural mileu; money wire transfer services as used by the Indian Mujahideen (IM) and the financial channels of major Islamic banks in Bangladesh and Pakistan. False invoicing at the Indo-Pakistani border is perhaps the most difficult to detect, but time consuming. Yet these are all only means of transport that rely on an initial financial source in the form of donations or criminal proceeds.

Counterfeit currency remains the most attractive for its lack of a paper trail and its cost effectiveness. Demonetization can only hurt terrorists who hold their major savings in cash and temporarily halt the Pakistani printing presses, but it will be successful in bringing current terror networks and operations in the region to a screeching halt for some time. Beyond this effort, international pressure on Pakistan, regulations on the sales of printing machines to the Pakistani government and border security and cooperation between India and its other neighbours like China, Nepal, Bangladesh and Sri Lanka are required means to counter the fake currency trade and terror finance over the years, since demonetisation is a one-off measure. Surgical strikes can deliver a memorable message and short term victories, but not long-term solutions.

Kalyani Subbiah is currently a Masters student of Development Studies at the Indian Institute of Technology, Madras. She has previously interned with her institute's China Studies Centre, authoring a special report on China's 'One Belt One Road' initiative. Her research interests include international development and aid flows, China in global politics, Russia and NATO, and the Middle East. 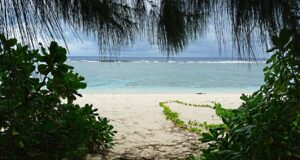 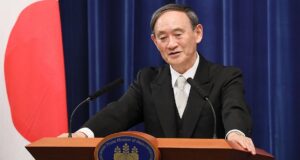