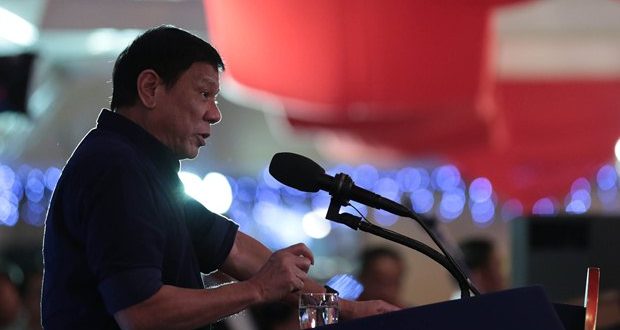 ‘Operation Double Barrel’, the ongoing social cleansing project of President Rodrigo Duterte of the Philippines, could be condemned for a host of reasons. First of all, one might look to its death toll. Human Rights Watch estimates that at least 12,000 people have been shot dead either by the police or by ‘vigilante’ death squads since 2015, while Duterte’s political opponents have approximated nearly double that figure. Many of the victims have been the government’s intended targets: the ‘pushers’ and consumers of illegal drugs. Many have not.

Next, one might look to the drug war’s Commander-in-Chief, a vocally misogynistic self-alleged murderer who has been described in court by an acclaimed psychologist as displaying “gross indifference, insensitivity … [and] manipulative behaviours”. Then, one might look to the silencing of political opponents, the killing of journalists, the use of torture and secret jails, the manipulation of evidence, the regular entrapment of drug addicts and the President’s referral to child fatalities as “collateral damage”. Even by the prosecutors’ own moral metrics – those of national security and drug enforcement – the campaign is inevitably counter-productive.

However, a less obvious yet equally important consequence of President Duterte’s drug war is its public health fallout – especially for the very poorest demographics. The clear warnings issued by medical professionals and human rights observers have been routinely ignored, and if the violence continues along its current trajectory, it will likely prove catastrophic. Firstly, that is, for the containment of communicable diseases, secondly for public mental health, and thirdly for nation-wide health equality.

Excluding addiction itself, the medical issue that is perhaps most associated with illicit drug use is that of communicable disease. The Philippines has been experiencing an increase in the rate of HIV transmission since 2001: it is one of only seven countries worldwide in which the rate has risen by more than a quarter in that period, and it is considered the most severe case in Asia. Attempts to contain this potential epidemic have been wildly outpaced by the government’s actions in the last three years. Duterte has fostered an atmosphere of intense hostility towards the consumers of drugs, and it is now less likely than ever for a person at risk of contracting HIV that way to approach any arm of the state.

A number of scientific studies into the consequences of aggressive counter-narcotics policies have shown that that kind of approach has an inverse effect on health security. They heighten the risks of infection and accidental overdose by pushing people to conceal their drugs more desperately: the storage of powerful narcotics in body cavities becomes more common and preparation becomes rushed, for example. Independent reports have suggested that the price of the Philippines’ target drug – shabu, or methamphetamine – has in fact risen, but consumption rates have not declined. Instead, consumers have resorted to acquisitive crime, or indeed been driven to starvation.

Conditions have allowed a more rapid spread of other communicable diseases too, including diarrhoea-causing viruses and bacteria, fungal infections, tuberculosis and Hepatitis B and C. The high number of street killings (mainly in slums, where body-removal is much slower) has meant longer and more frequent exposure to cadavers and vermin – a clear threat to food and water security in areas of dense population and chronic administrative neglect.

Despite claims to the contrary, Duterte’s administration lacks anything close to control over the murder rate. Even when it has temporarily halted police actions in the past, death squad killings have spiked or continued unabated. While thousands of executions have been conducted with near-universal impunity, it is the non-violent consumers of drugs who face severe penalties if caught alive. In Philippine prisons, some of which now exceed their capacity by almost 400% due to an influx of medically volatile drug addicts, the spread of infections is entirely predictable.

Secondly, professionals are beginning to highlight the impact of the drug war on public mental health – a field that is often ignored in public and international policy. Considering the socio-economic contexts around amphetamine abuse that may be obvious to professionals, many low-level ‘pushers’ of shabu are either on the brink of, or in the very midst of, serious mental illnesses anyway, and they will now be pushed further underground.

To offer a hypothetical example, a young Filipino man, who happens to be gay and also HIV-positive, occupies the exact opposite demographic to that which President Duterte favours in his rhetoric and legislative agenda. The President evidently despises drug addicts (he has said that he would publicly execute his own son if it was discovered that he took shabu); he is a vehement reactionary when it comes to sexuality; and he personifies the ‘hard-man’ image that espouses the suppression of emotional openness. None of these traits, which are directly reflected in government posture, are conducive to public mental health.

‘Secondary trauma’ is another emerging consequence of militarised prohibition. This term is used to describe the psychological distress that is caused by constant graphic reporting of death, and other frequent, indirect exposure to real-life violence. According to some Philippine teachers and social workers, it is children and adolescents, who live in the operating areas for death squads and brutal police units, who suffer it most acutely. While millions of wealthier Philippine citizens continue their lives as normal without experiencing the drug war at all, there is a generation of impoverished youth that is growing up hearing and seeing public executions on the streets, all with explicit encouragement from the government.

Against this backdrop, Manila’s very recent plans to better integrate mental healthcare into the wider health infrastructure is akin to putting a plaster on a gunshot wound. The continued prosecution of a drug war negates it entirely.

Finally, to take a broader perspective, it is likely that this drug war will have a negative impact on structural health equality over the decade to come. Nothing of this scale can be observed in a socio-economic vacuum and, predictably, the burdens of drug-related pathologies and criminal sentencing disproportionately weigh upon poor people, women, and ethnic minorities. This is a critical concern for those in a state of financial precariousness, considering the fact that the Philippines already struggles with income inequality, having one of the greatest top-to-bottom wealth disparities in Asia.

According to the Philippine College of Physicians’ Health Agenda 2022, “Structural determinants generate stratification and divisions in society and define individual positions within hierarchies of power, prestige and access to resources… For decades, public health interventions have dealt with intermediary determinants such as lifestyle. However, global evidence shows that structural determinants such as macroeconomic policies… exert a huge influence on intermediary determinants and eventually widen inequalities. It is important that they be addressed.” Even if it ended tomorrow, the prosecution of a drug war that principally harms the poor would prove to be a long-term force multiplier of embedded inequality. While development and healthcare investment rise in more affluent areas, violence and infection are nurtured in the slums, where access to care is more difficult. This is quite apart from the basic familial risks caused by the incarceration or execution of a primary breadwinner: malnourishment, lower life expectancy, and further addiction.

In terms of women’s public health, the situation is particularly dire. The war is a backward leap in terms of understanding the social themes of amphetamine addiction (among them pressure, poverty and unemployment), and incorporating them into evidence-based harm reduction campaigns. The drug war has left thousands of grieving women and girls at greater risk of exploitation, and has diverted substantial public resources away from addressing the disproportionate burden felt by women in terms of HIV and Hepatitis.

Duterte has vowed to continue his drug war until his last day in office – an uncomfortable notion for subscribers to the liberal internationalist order. In some parts of the Philippines, particularly those worst hit by drug-related poverty and crime, the drug war, and Duterte’s government in general, are highly popular. The policy is built upon the ideals of national security and a certain interpretation of ‘moral purity’ or ‘cleanliness’. Even by these uncomfortable metrics, however, the entire crusade is counter-productive. The murder epidemic is making the nation less secure and less clean.

Nobody is claiming that an illicit drug economy is anything but detrimental to public health, in any nation state. Combating that economy by way of systematic murder, however, is at best a futile methodology and at worst a socially crippling crime against humanity. All things considered, President Duterte is far from The Philippine College of Physicians’ conception of good leadership. “The health of a community relies on many things,” the College has written. “One of the most important is a leader who accepts that the health of his constituents is ultimately his responsibility and who will thus be ready to exert his power and influence to assure the provision of health care to all under his stewardship.”

2018-09-24
Jonny Elswood
Previous: “The country is ours, not theirs”: Romania’s anti-corruption protests and what comes next
Next: Building a Space Force – a sci-fi plot or contemporary policy?